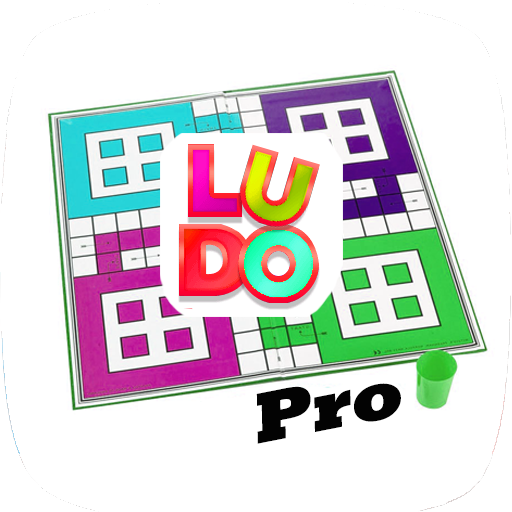 Ludo Pro Offline Simple Ludo Board Game For Everyone, Played with friend, and family

Ludo /ˈluːdoʊ/, /ˈljuː-/ (from Latin ludo, "I play") is a strategy board game for two to four[a] players, in which the players race their four tokens from start to finish according to the rolls of a single die. Like other cross and circle games, Ludo is derived from the Indian game Pachisi, but simpler. The game and its variations are popular in many countries and under various names.

In North America, the game is sold under the brand name Parcheesi. Variations of the game are sold under the brand names Sorry!, Aggravation, and Trouble.
In Spain, it is called "Parchís" in Spanish and "Parxís" in Catalan.
In Colombia, it is called "Parqués", and has equivalent names in many other languages, such as Albanian, Bulgarian, Croatian, Czech, Dutch, Macedonian, Russian, Serbian, Slovak, Slovene, and Turkish.
In Greece, the game is called "Γκρινιάρης" [Griniaris] (Grumbler) referring to typical player behaviour.
In Italy, it is called "Non t'arrabbiare" (Don't get upset).
In Poland, it is commonly referred to as "Chińczyk" (The Chine[s]e), though an equivalent form to the German name also exists.
In Estonia, it is called "Reis ümber maailma" (Trip around the world).
In China, Malaysia and Singapore, it is called "飞行棋" or "飞机棋" (Aeroplane Chess).
In Sweden, it is known as "Fia", a name derived from the Latin word fiat which means "so be it!" Common variations on the name are "Fia-spel" (Fia the game) and "Fia med knuff" (Fia with push). In Denmark and Norway though, the game is known as Ludo.
In Vietnam, it is called "Cờ cá ngựa".
In France, it is called "Petits Chevaux" (Little Horses) or "Le Jeu de Dada" (The Game of Dada) (dada being a colloquial word for "horse") and typically played with horse-headed pieces.[4]
In Hungary, this game is called "Ki nevet a végén" (Who laughs at the end).

Ludo Pro Offline is board game played with family, friends and kids.
This game is download for free!!

DISCLAIMER
-Contents which used in this app are believed to be in the public domain. If we have use your contents and you do not expect them to be here, please contact us, we will remove the picture from the app.-