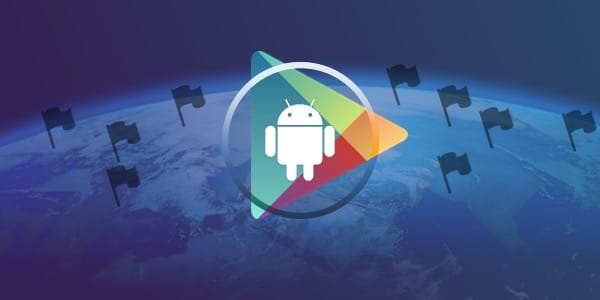 We’re releasing an update of our tool today! This is certainly some great news for all our Android marketers and developers users: you can now audit, optimize and monitor any apps from the Google Play Store in over 60 countries! Let’s go through this news and see how it will impact your App Store Optimization.

Google Play and Apple, on the same level

For those of you who follow us, you might have noticed our latest efforts to provide you with an intuitive and powerful ASO tool for both iOS and Android apps.

Since we had to start somewhere, we chose to begin with the Apple App Store. Once we provided enough features and functionalities for iOS apps, we decided to tackle the Google Play Store.

As we really want to insist on localization and multilingualism, we started by adding more languages to our keyword tool, now providing optimized keywords in English, French, German, Dutch, Spanish and Portuguese.

Then, we focused on adding our unique competition analysis feature for Google Play apps as well, enabling you to compare any competitors to your Android app on the same report page.

Moreover, in order to facilitate your app marketing job and the management of your App Store Optimization efforts, we had introduced in August 2015 a handy and personal dashboard. This dashboard displays all the apps you’re tracking, as well as the country, language, store, category ranking, ASO score and average rating.

In other words, whether you were an Android or an iOS developer/marketer, you could benefit from the same features for both stores since a few months. Except for the number of available countries to track…

60+ countries now available on both stores

Hopefully, this is what this new release is all about: you can now track as many countries on Google Play as you can on Apple.

We now support the following countries for both the Apple App Store and the Google Play Store:

What does it mean for your ASO?

Concretely, this means that you now have the possibility to track your app’s performance (or any app of your choice) in all these various countries.

This allows you to monitor your app’s rankings and keywords rankings, but also your reviews and ratings, in all these regions, for which your app is available.

Simply go on the ASO report you want, for example here for the app Sonic Dash (by SEGA) on the Google Play Store, and then select the country in which you want to track the app’s performance and ASO. 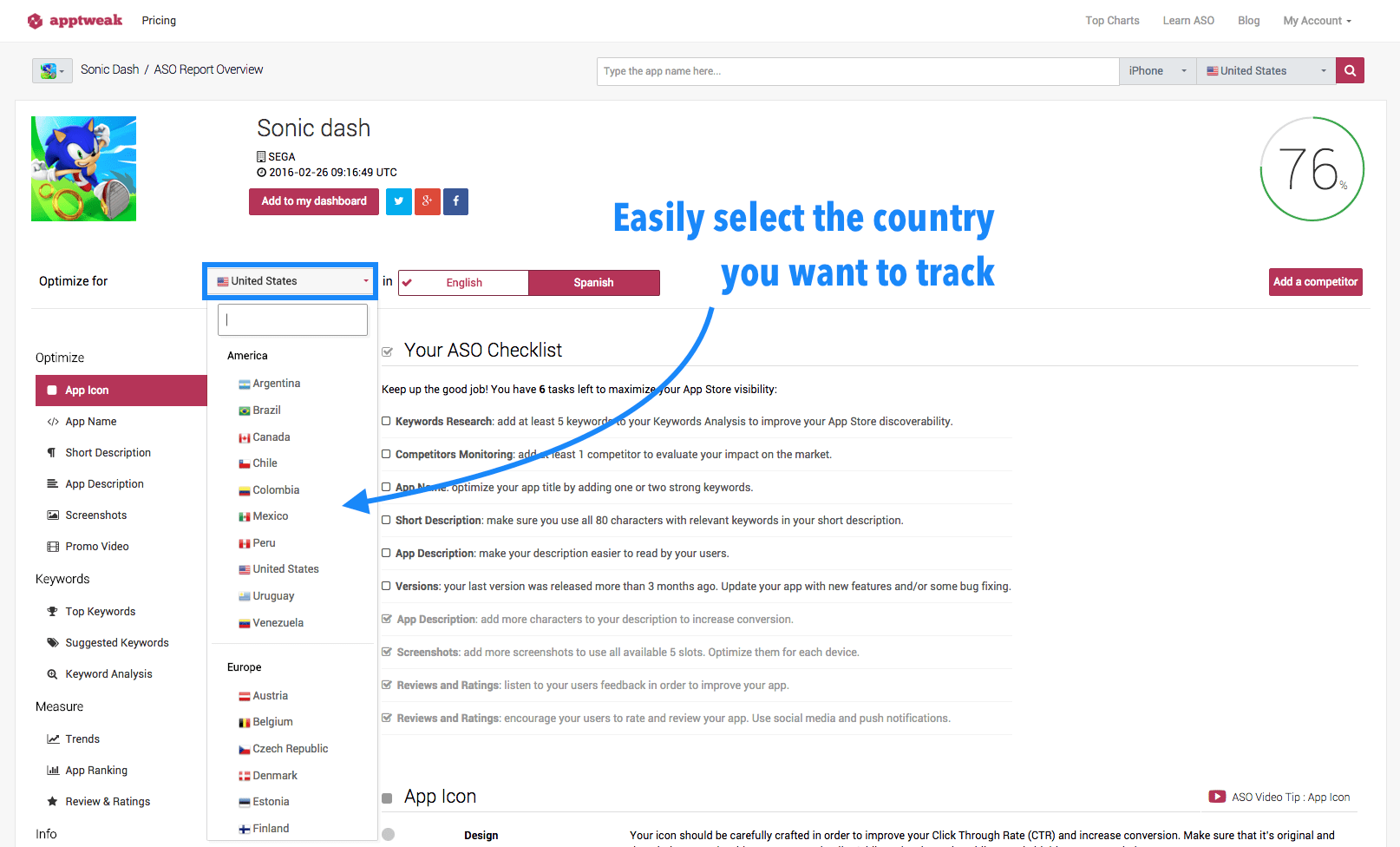 We never insist enough on the benefit of a strong app localization strategy, so if your app is global, you will be able to track its performance over the world.

Don’t forget to choose the language you want to work on. Here, when being on Sonic Dash ASO report in Mexico, you have the possibility to choose between English (the default language of every country in the stores) and Spanish.

For Sonic Dash in France, you can choose between English and French.

In total we deal with 6 languages: English, French, German, Dutch, Spanish and Portuguese. They are available for the countries in which they’re officially available in the store. We’re planning on adding more languages very soon.

Along with the addition of these new countries, we have improved the accuracy of our ASO score.

With the latest releases and improvements made on the app stores, an overhaul taking into account new elements and a new balance between their weights was necessary.

Therefore, if you notice some unexpected changes (increase or decrease) of your app’s ASO score (or your competitors’), these can be explained by the new algorithm we have implemented.

As usual, we’re highly open to your suggestions and feedback. We always try to include your suggested features on the agenda. Feel free to reach out!