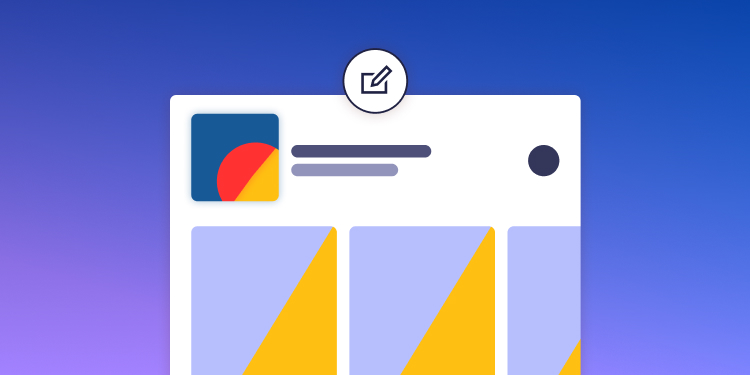 Overall search in the app stores has increased a lot in the past few weeks. Users are looking for new ways to connect with friends, work from home or pass time. A handful of apps have carefully monitored these trends and adjusted their ASO strategy. Have a look below at how Peloton’s organic downloads more than tripled as a result of their extended free trial and title update. Or are you researching for ways to connect with your audience and update your screenshots? Scroll down to see some stellar examples!

Peloton extended its 90 day free trial so people can access great fitness while staying at home. On March 16th, Peloton also changed its title on both the Apple App Store and Google Play Store to include the keywords ‘at home fitness’. This ASO update proves to be very successful as organic download estimates from app store search more than tripled in the past few weeks. On top of that category rankings soared, ratings increased and the app was featured daily in the Apple App Store since. 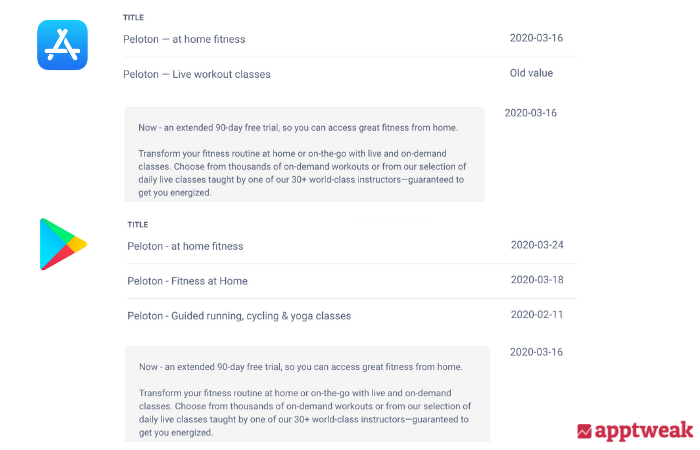 On March 16th, Peloton updated its long description to inform users of its extended 90-day free trial. At the same time they updated their app title from ‘live workout classes’ to ‘at home fitness’. They implemented the same updates on the Google Play Store. 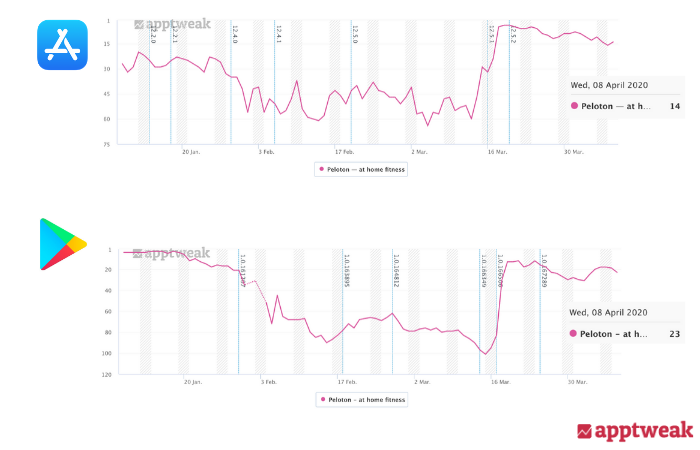 After this update, the app’s rankings in the Health & Fitness category soared. They reached position #4 on March 20th in the Apple App store and position #12 on March 21st in the Google Play Store. The increase in category rankings is fueled by the increase in downloads. This surge in downloads might have been supported by an advertising push, but AppTweak data shows that organic downloads from keyword searches more than tripled on the Apple App Store! 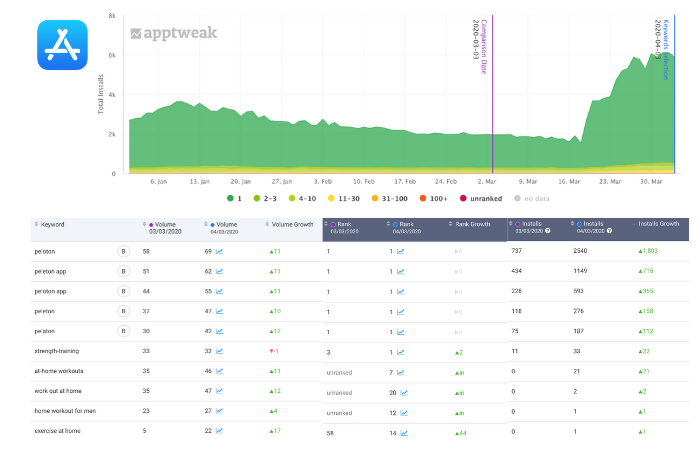 The graph above shows that on March 6th (purple line), the Peloton app received an estimated 1,827 daily organic downloads from keyword searches. This increased to 6,204 daily downloads on April 6th (blue line).

The table below the graph shows exactly which keywords have caused this spike in organic downloads. For example as the volume for the branded keyword ‘Peloton’ grew from 58 to 69, the app received on average an extra 1,803 daily downloads from that keyword. On top of that and as a result of the metadata update, the app started to rank on ‘at home workouts’ or ‘work out at home’, brining even in more downloads. 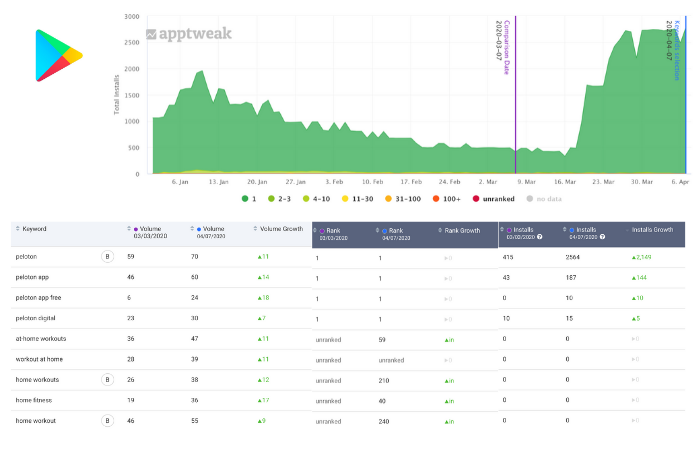 We see a similar trend on the Google Play Store where organic downloads from keyword searches grew from 419 per day to 2,758 per day on April 6h. On Google Play, the increase in organic downloads is largely attributed to an increase in search volume of the branded keywords. The app did start to rank for ‘at home workouts’ or ‘home workouts’ but rankings remain rather low. However, the Google algorithm usually responds a bit slower to metadata updates and it is expected for these rankings to further increase. 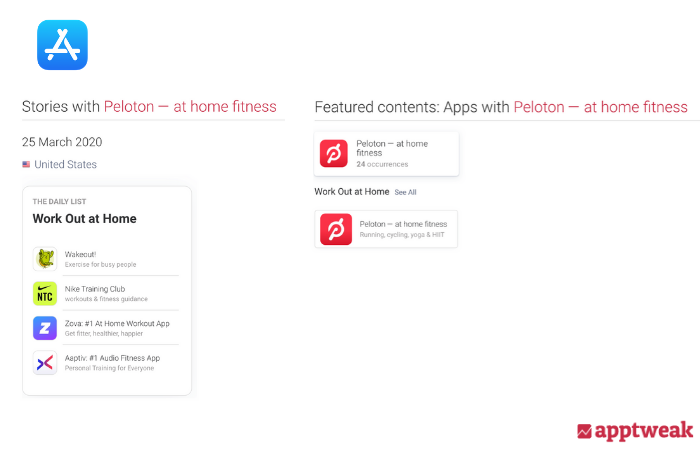 The increase in downloads also has a positive impact on ratings. On the Apple App Store, the Peloton app receives an average of 2000 downloads since March 16th. Before the number of ratings fluctuated between 500 and 700 per day. Also on the Google Play Store, ratings as well as the average star rating have increased over the past few weeks.

Peloton’s response towards the pandemic has been excellent. Not only do they provide more support to their user base with a 90 day free trial, their ASO updates will have a long term effect on their App Power and authority in the app stores.

Other apps have updated their screenshots to highlight different features or communicate a different message.

Houseparty updated its second screenshot which now reads ‘talk to the people you care most about’.

Tinder is A/B testing a different message on the Google Play Store. Whereas users in many places around the world are encouraged to be social distancing they are encouraging users to not disconnect.

Discord implemented a whole new refresh. But the copy on the screenshot also resonates better with people who are looking to connect with friends and communities while staying at home.

Muscle Booster added a batch to their screenshots reassuring users that they can use this app to workout from home.

Keeping an eye on market and industry trends is a very important element of any ASO strategy. Apps or games that are quick to react can reap the benefits and increase their apps’ visibility quickly. AppTweak provides a set of tools to help you monitor more closely what’s happening in the app stores: 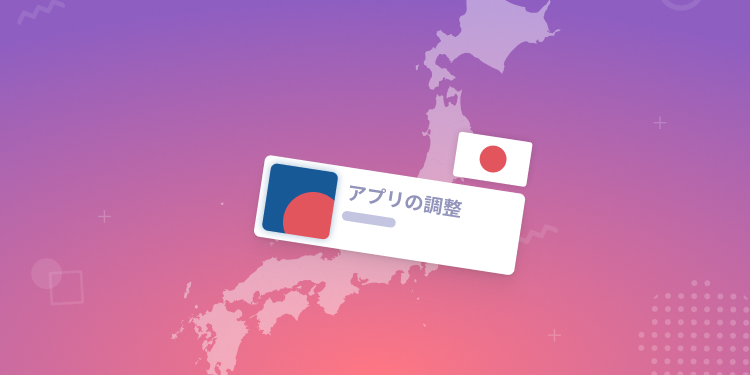