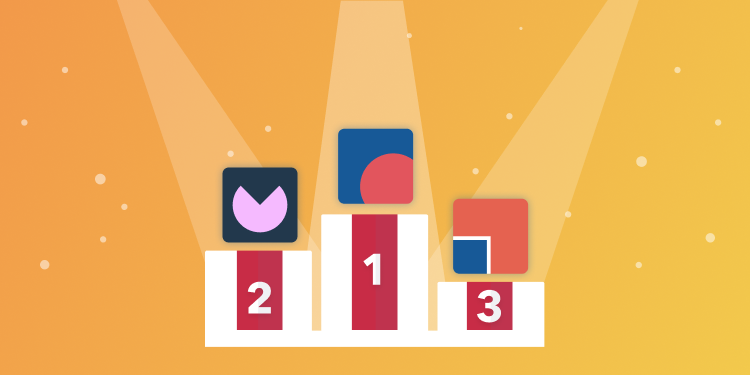 Only one app - Messenger - was ranked in the top ten for more than 300 days. Messenger stayed in the Google Play Store Top 10 for a total 315 days however, no apps reached 300 days for the App Store.

Whats also interesting is that for both stores 7 of the top apps were also on last year’s top apps of 2018 list. This shows that it is quite difficult for an app to reach the top 10, as many of the same apps are able to hold their position.

We took the same steps looking into the Top Games for both the Apple App and Google Play Stores in the US.

None of the games made it more than 100 days in the top charts in the Google Play Store and only two games (Color Bump 3d & Aquapark.io) ranked for more than 100 days in the Apple App Store. This is very different than what we saw in 2018 when there were multiple games that reached above 200 days. This goes to show that the stores rankings are more volatile with games than with apps. Users tend to be looking for the newest game and with each launch, the Games Top Chart becomes more competitive.

New games can reach the top charts very quickly. But maintaining those top ranking positions is challenging! Below we’ve listed the most popular game launches. Games are ordered by the number of days for which they ranked in the top 10 in the ‘All Games’ category.

We see here that 6 out of the top Games for iOS are also included in this list. Apple indeed puts a lot of focus on “new” games and if a game does not reach early success it is much harder for it to achieve top charts later on.

With Google Play we see that 5 of the top games were also launched in 2019. Google does weigh the game’s history when considering top charts which explains why the number of days for each position may be lower compared to Apple.

Lastly, we took a look at the apps launched in 2019 for the Apple App and Google Play Stores that managed to reach the Top 10 of the “All” Category.

The results were very different then what we saw with top games launched, as the number of days an app stayed in the top charts was very low, even as short as 1 day. With apps in the Google Play store there were only 8 apps launched that actually hit the top charts under the “All” category. When comparing new apps and new games it is much harder for a new app than games to achieve top chart rankings, as more established apps maintain their positions.

With these insights we can quickly see that the Apple App Store and Google Play Store are very different and should always be studied and considered separately.

In the apps Top Charts of the “All” category, more established apps rule and can remain in the top charts for a long time. But, we see the opposite with games! The Top Charts for Games is constantly changing as new games are launched every day and there is always the threat of something new.