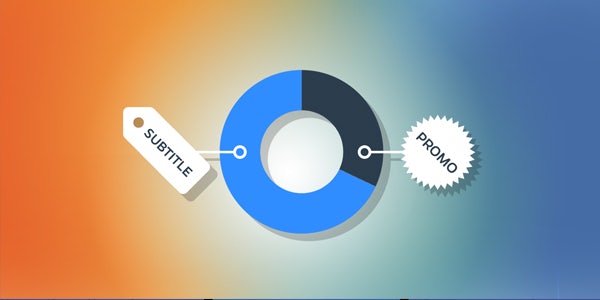 iOS 11 was launched last September and it came along with lots of changes! Two major metadata fields were introduced: the Subtitle and the Promotional text. Five months later, we dug into our data and did some interesting discoveries! Guess how many apps are actually using these fields? Which category shows the highest number of updates? And the lowest? Discover all answers in our beautiful infographic below!

Both the Subtitle and the Promotional Text were introduced along with iOS 11.

Located right below the app title and above the screenshots, the Subtitle is a 30-character keywords field that can be used as a great additional source of keywords to index apps.

Indeed, the Subtitle has a huge weight in the algorithm. Together with the app title, these fields should effectively tell App Store users what the app is about, using relevant and strong keywords.

This new metadata field has therefore to be fully integrated in your App Store Optimization (ASO) strategy, as it can increase your app’s impression rate drastically. Remember, higher your app rankings on relevant and popular keywords, higher your impressions will be and, therefore, your chances of getting more downloads.

On the other hand, the new Promotional text influences your app’s conversion rate but will not affect your impressions and rankings. Indeed, keywords from the app Promotional text are not indexed by the algorithm.

This 170-character space should therefore be used as a way to convince App Store users to download your app and to let them know about your new features.

We can never insist enough on the importance of updating your app according to the latest trends and algorithm changes.

In the App Store, each character counts and should be seen an opportunity to increase your app’s visibility and downloads.

We broke down apps per category which actually took advantage of the new iOS 11 fields to increase their app visibility.

Surprisingly enough, we noticed that there was still a huge number of apps that still haven’t updated their app’s metadata according to the new available keyword fields.

We gathered data from the Top 200 apps in each App Store category (United States) and looked at the amount of Subtitles and Promotional Texts we could find. Here are the results of our researches.

We first noticed that 78.5% of Top 200 apps in “All Categories” showed an app Subtitle. In other words, about a quarter of Top apps publishers still haven’t added an app Subtitle and are missing huge rankings opportunities.

Taking the same sample of apps, we noticed that only 19.5% have added a promotional text. 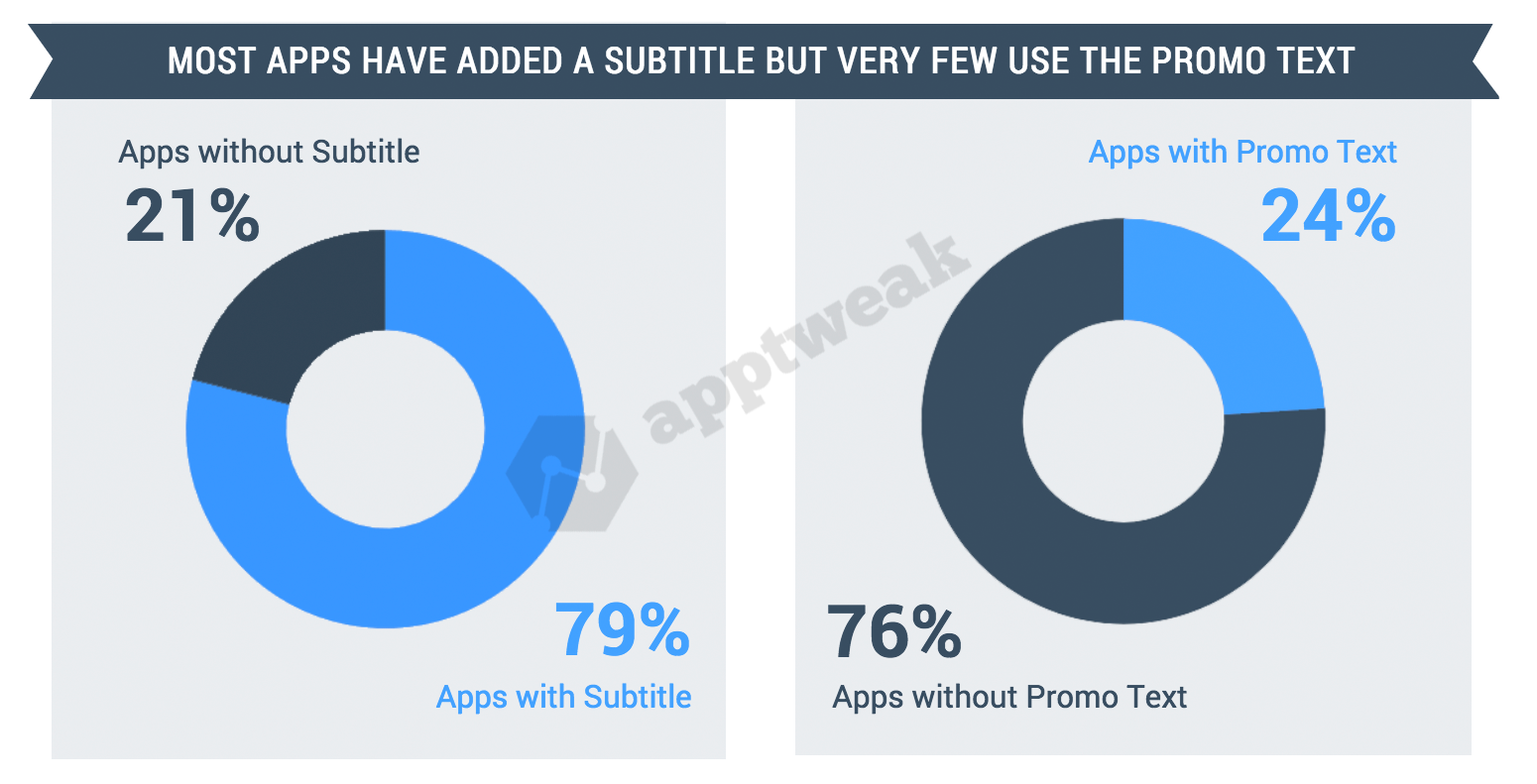 If we zoom into the different categories, we see that the categories with the highest percentage of apps with a subtitle, are also those with most apps that have a promotional text.

When it comes to the categories with the least number of apps with updated metadata, the Weather category is in the worst 3 each time.

We found out that there is a bigger portion of apps with Subtitles in the Top 50 apps than in the next Top 149. In other words, the most popular apps tend to have an app Subtitle more often than less popular apps. They are taking the most out of this new search opportunity given by Apple. 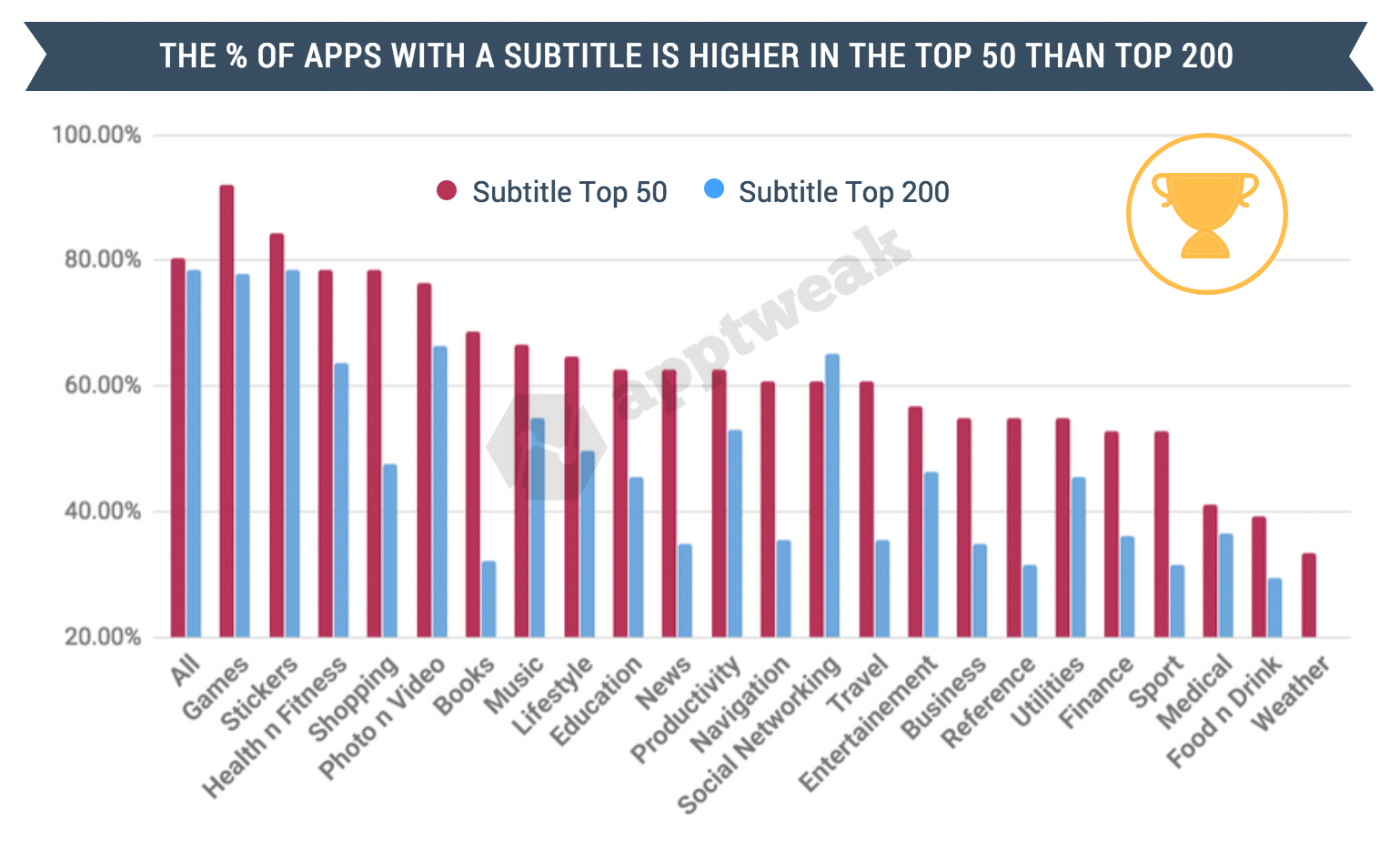 4. The more competition, the more updates

We tried to find an explanation to the results we found and were actually able to notice a correlation between a category’s competitivity (in terms of number of downloads needed to reach high rankings) and the percentage of apps with an updated Subtitle and Promotional text. 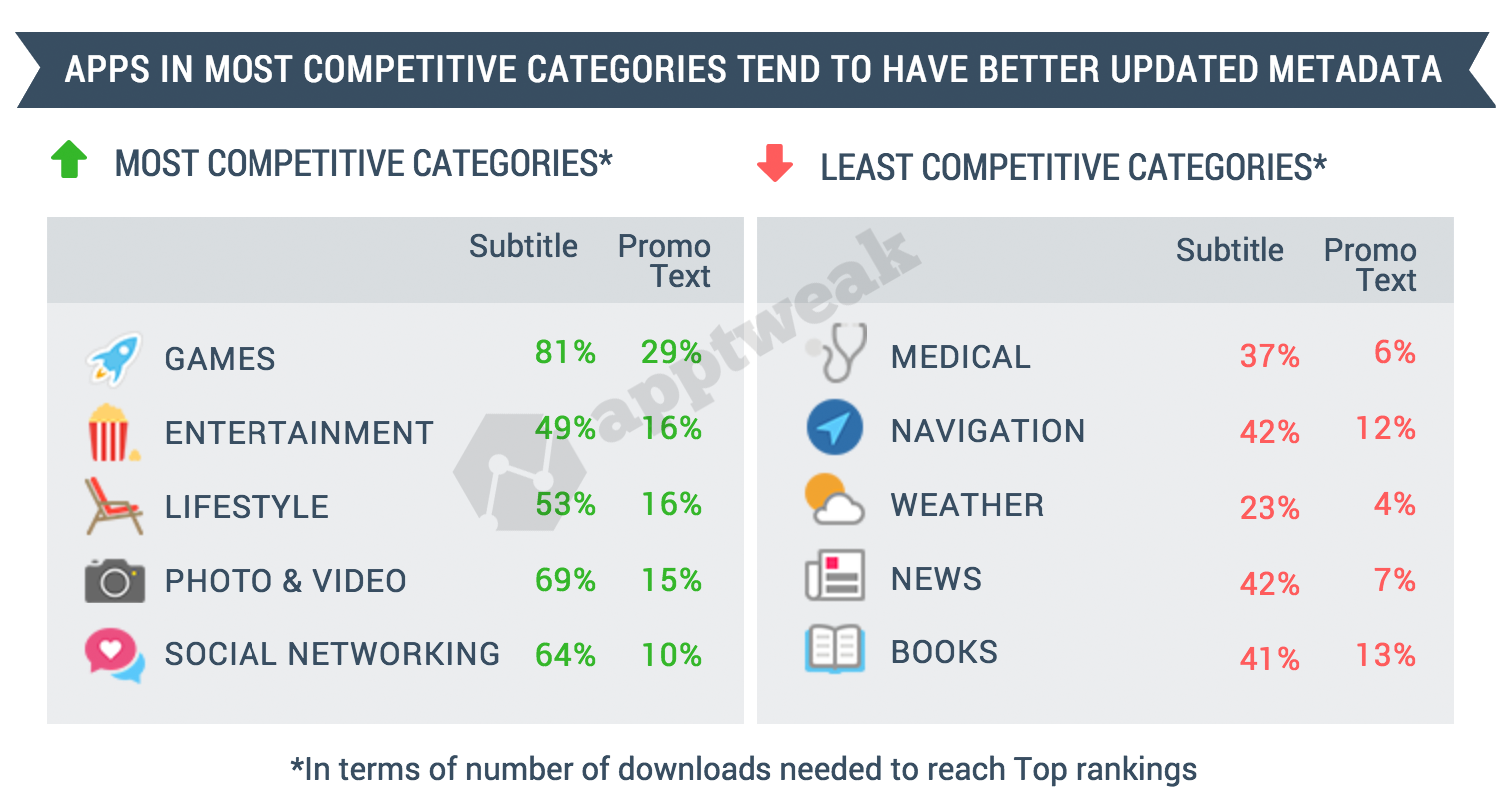 The higher the competition in a category, the more apps with a Subtitle and Promotional texts. Still, it remains evident that apps pay more attention to their Subtitle than to their Promo text, probably given that the latter isn’t indexed in the store results.

According to Statista, the “Games” category remains the most popular App Store category (January 2018) with a share of 25% of active apps. It is also the category that has highest percentage of apps with both Subtitle and Promotional text.

This analysis showed us that there are still a lot of apps that haven’t updated their metadata along with the iOS 11, although app Subtitle and the Promotional text are important factors that should be integrated App Store Optimization (ASO) strategy and optimized regularly.

Games and more competitive categories seem to have the highest number of apps using both of these new fields, with a clear prevalence for app Subtitles, as they are more important in terms of App Store visibility.

Don’t forget that you can use AppTweak to audit, optimize and monitor your app’s metadata. Our ASO reports allow you to spy on your competitors metadata and easily your app to theirs.

If you still haven’t updated your app with the new iOS 11 text fields, wait no longer!

Did you find this article useful? Please share if you liked it!