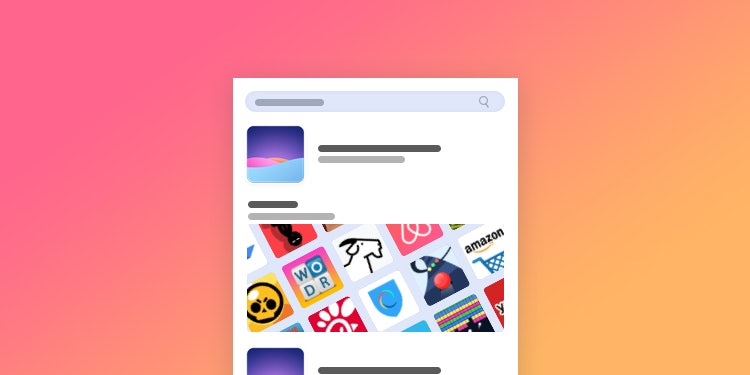 We’ve just updated our Live Search feature so that it shows all elements that appear in a keyword search on the Apple App Store. You can now see the Stories, In-Apps, Subscriptions, App Bundles, Pre Orders and Developer Pages that rank alongside Apps in the keyword search results.

On AppTweak, you can perform a Live Search on a keyword to see the top 10 results that rank on that word live. We’ve just improved this feature to better reproduce the user experience by adding all the non-app content that Apple links to a keyword. As you probably know already, when you search for a keyword on the App Store, you’ll find the results aren’t applications only, but they also include In-Apps, App Bundles, Subscriptions, Pre Orders, Developer Pages and Stories. These are all now visible in the AppTweak Live Search.

Check out the most popular App Store keywords of 2019

To help you understand every non-app element in the organic search results, here’s a quick explanation of each one.

Publishers can also create App Bundles. An App Bundle gathers a handful of apps that a user can buy all at once at a discounted price. App Bundles are also given a title, a description and an icon (a layout of 4 of the apps that are included in the Bundle). The text metadata can be optimised to appear in the search results of keywords. 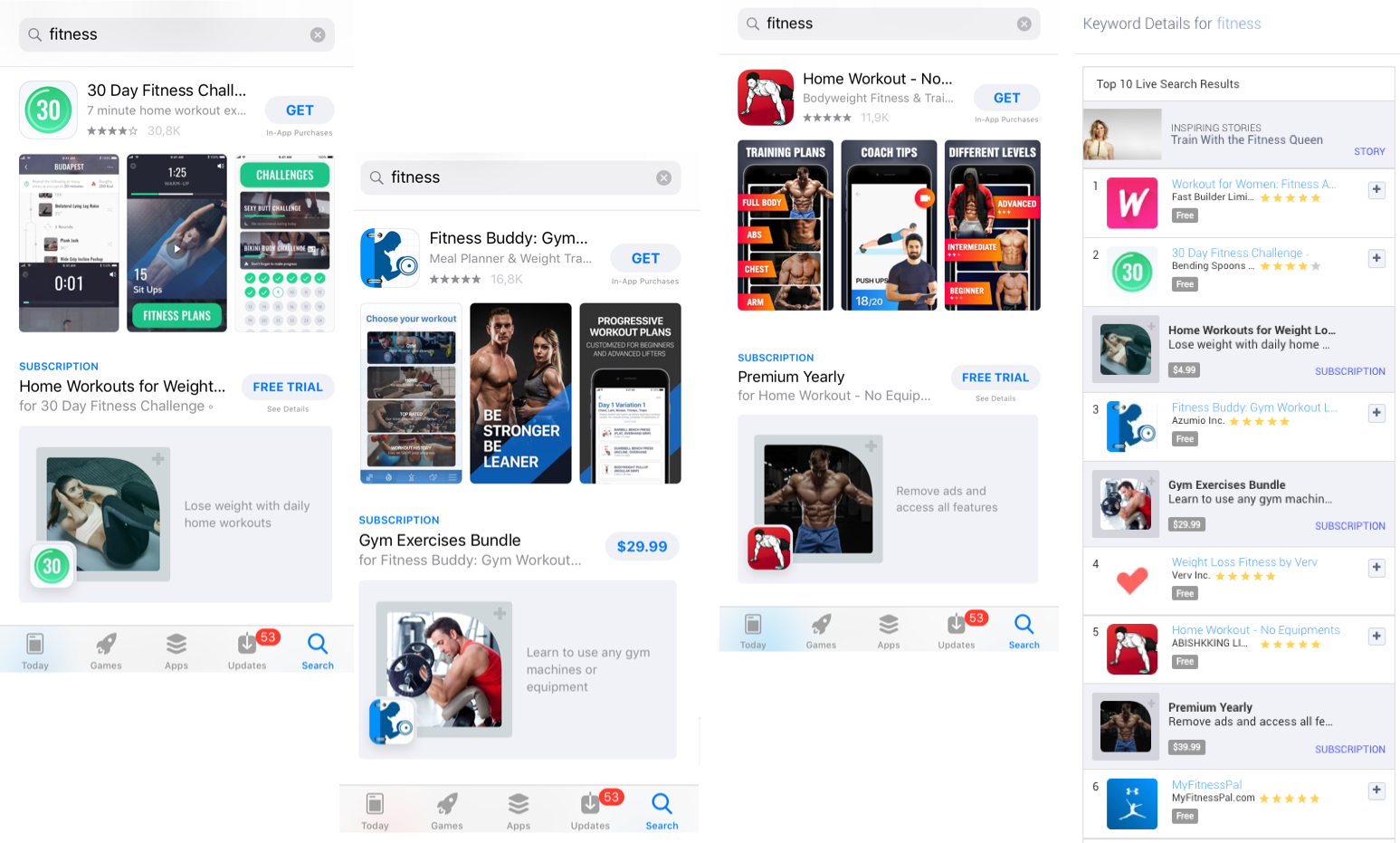 Apple now allows publishers to publish their apps in pre-order. Pre Order apps can start ranking in the search results up to 90 days before the official release. This is great to already drive traffic to your new app or game and give it pre-launch visibility. The Page View of an app in Pre Order is very similar to one of a released app with all the major elements: Icon, Title, Subtitle & Screenshots. Users who get the Pre Order app are notified as soon as the app goes live.

ASO Pre-Launch Strategy, why and how to get started

Stories are generally seen in Apple’s Today tab, but did you know that they also rank on keywords? Some stories rank on more than 300 keywords in the App Store! Here again, Apple decides which stories rank on which keywords and when. We’ve seen Apple alternate the stories that rank on a given keyword every day (!). A Story is shown in the search results with its category, title and graphic. When a user clicks on a story in the results, he accesses its content and the apps that are featured in it.

The impact of Stories in Apple’s keyword search results

The fact that Apple has been adding editorial content in the keyword search results can really impact the way you approach ASO. If you consider a keyword that has an Ad running and a Story in the first position and you take into account that each element occupies half the screen of an iPhone, that means that the app that ranks n°1 on that keyword organically, is actually not even visible in the first screen of that keyword search. Users have to scroll to get to the first organic result.

Ranking as the first app on a keyword doesn’t necessarily mean that your app is visible in the first screen of that keyword search.

What if you’re n°6 on a really good keyword but there’s a Story, an App Bundle and a Developer Page above you? Well, users will have to scroll several times before they get to your app. In other words, Apple is reducing the organic visibilty of apps in the keyword search results to the Top 3 apps, forcing users to scroll more in order to see further results. Browse is gradually gaining in importance against Search.

Here is an example of an app that ranks in 3rd position for the keyword “expert” in the US Apple App Store. Yet, when we take the Ad, the Story and the In-App Purchase that rank above it, the app is actually in the 6th position and only visible after the user scrolls 3 to 4 times.

The app Expert XP is the 3rd app to rank on “expert” in the US App Store, but it is only visible in Search Results on the iPhone after 4 scrolls.

So how does that impact your ASO? First of all, you need to make sure your app is n°1 on your most valuable keywords, and at least in Top 3 results for other very relevant keywords. Second, you need to increase your app’s visibility in Search by other means than just keyword ranking, for instance, by creating app bundles, subscriptions or in-apps and have them rank alongside your app to give it more visibility in Search.

The fact that Stories also rank on keywords also increases the value of getting your app featured. Not only does your app get a huge visibility boost when the Story is published on Today, but it will also get visibility through all the keywords that Story ranks on, which, generally, are also relevant to your app.

Check out which keywords a Story appears on in Featured Apps

Having your app featured in stories emphasizes the importance of optimizing its visible metadata in those Stories. When your app is featured among other apps in a story, only the icon, the title, the subtitle and the price are shown. You want to make sure that all these elements appeal to users in order to maximize the chance that they download your app from a story.