On March 26, we hosted a webinar with Mélanie Mallet (ASO Specialist at Deezer) and Simon Thillay (Head of ASO at AppTweak). They each shared great insights, so here is a recap for those who didn’t get to attend!

In her talk, Mélanie explained Deezer’s localization strategy regarding the visuals of their app. She showed a lot of examples of A/B tests conducted by Deezer, and shared the main learnings of what worked for them, their app and their users.

Deezer tested localized screenshots with Polish captions and generated an uplift of 4%.

Translating the captions on your screenshots can have a significant impact. This move allowed Deezer to create growth in a minor market where no other specific marketing efforts are being made. The experience is also easily scalable, as you can do the test over again in multiple countries, by simply translating the captions and replacing the screenshots, and identify which countries can benefit from localized screenshots.

Trying to put themselves in their users’ shoes also led Deezer to take a look at their icon. 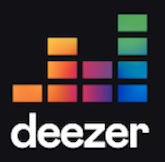 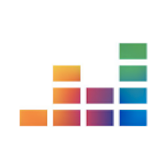 It turns out that the icon with dark background and wordmark created a 6% uplift, which might be an indication of a preference for dark mode. Deezer changed their icon to show that you can create growth opportunities by testing easy changes, even in markets that are usually not the main focus.

Even in main markets where visuals are already well-optimized, it’s important to find new ideas of tests to keep creating growth. Deezer did this by testing several elements in France, their main market.

Deezer also used market data to find ideas to test – they used the seasonality linked to Valentine’s Day to test new creatives. They didn’t see any impact, which means Deezer won’t need to invest any extra efforts for that event in the future.

Finally, they collaborated with other teams at Deezer to find new testing ideas. Another team at Deezer was running a promotion action giving 3 months of free subscription. They created a screenshot reflecting that action, expecting that users would be more likely to download the app if they saw they could get a few months free.

Surprisingly, that screenshot had a negative impact, with a decrease of 5%. But the point is that it’s by keeping on testing new ideas that you’re eventually going to find ones that unlock growth, even in markets where you’re already leader.

All in all, Deezer is a great example of how to leverage visual A/B testing to find new growth opportunities. You can see which other A/B tests they (or any app) have made by using AppTweak’s Timeline feature!

Take a look at the A/B tests your competitors are running with AppTweak.

Simon then took the floor to share insights on how to measure your app’s performance, a topic that always creates a lot of questions.

There are 3 essential KPIs to use in ASO, which are the “North Stars” of performance monitoring: traffic, conversion rates, and downloads. The whole goal of your work should be to improve these 3 indicators. However, your analysis of your app’s performance can be completed by looking at other metrics as well.

Traffic in itself is quite vast, and you can improve your understanding of your traffic performance by looking at a few things.

First, you should understand how your visibility compares to competitors. Comparing visibility over a list of keywords weighted by volume can help you assess exactly which app is most visible for the keywords you target.

Looking at the type of keywords you are visible for and that bring you downloads is equally important. It helps you understand if you and your competitors rely mostly on brand keywords to get downloads or not. You can identify opportunities and be able to better understand how to compete with them and which keywords to target. You might find that in a specific country, a local competitor has such a strong recognition that your brand doesn’t bring you a lot of downloads. In that case, just being ranked well on your brand wouldn’t be a sign of great performance. You could target more generic keywords and increase your traffic.

Read more about our brand vs generic analysis and how to use it to boost performance!

Another thing you should be looking at is the share of Browse traffic for your app. This can be key to understand sudden changes in traffic, or disparities between competitors. For example, in the following screenshot, we see that Netflix witnessed a huge traffic boost in February from being represented in other app’s Similar App section. Also, Hulu experienced a temporary traffic boost in March. This is crucial to understand how your competitors are doing and benchmark your own app accordingly.

Benchmark against your category

Regarding conversion rates, it’s always important to look at the benchmark for your app category. Otherwise, you might consider your own performance as good or bad without taking into account the specific difficulty (or lack thereof) of your own category. It can be hard to find that data for competitors, but Google Play actually provides a benchmark for organic conversion rate. AppTweak also provides category benchmarks for Apple and Google.

Google Play peer groups is also a great way to understand how your app’s quality compares to competitors, which also impacts conversion and ASO in general. You can select competitors that you want to include in the peer group to compare the performance of app ratings and Android vitals.

Update: With a view to raise the bar on technical quality, Google Play updated its core vital metrics with more user-focused metrics that are a better reflection of user experience. Google also introduced a new bad behavior threshold that is evaluated per phone model (e.g. Pixel 6). At launch, this threshold will be set to 8% for both user-perceived crash rate and user-perceived ANR rate. So, if your title exceeds the device bad behavior threshold on any core vital for a given phone model, Google Play may reduce the visibility of your title for users on that phone model.

The new quality metrics are live in Android vitals, and any overall or per-phone technical quality issues will be shown there. Google recommends that you review Android vitals regularly in Play Console, or that you integrate with the Play Developer Reporting API to incorporate data directly into your own workflows.

In brief, there are a lot of ways to complement your analysis of your app’s performance. We strongly recommend looking at all the metrics mentioned above, if you want a complete understanding of how your app is doing.

We hope you found this post insightful. If you want to re-watch some of our webinars, we’ve made our most popular ones available on our Webinar page.

We’ll be doing more, so stay tuned! In the meantime, if you want to try some of the features and analysis described here, feel free to sign up a for a free trial of the platform. by Gwenaëlle Kollegger
Gwenaëlle worked at Apptweak first as a Business Development Manager in 2019 and as a customer success representative the next year. She thinks exciting times are ahead for mobile marketers and is always looking for the next amazing app to install on her phone!