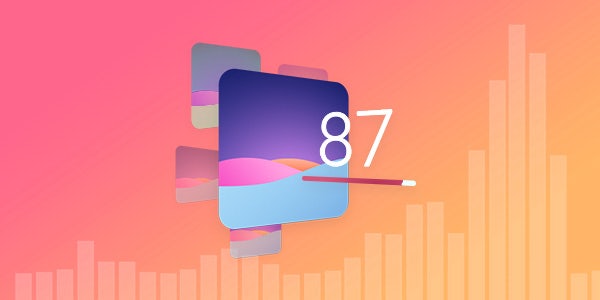 The ultimate performance-based ASO KPI you’ve always dreamed of is now available on AppTweak! You can now check any app’s “power” in both the Apple App Store and the Google Play Store and compare it with competitors, from any country! Read below everything you need to know on this new unique ASO performance indicator.

A unique KPI to measure the performance of an app

As an app marketer, ASO expert or app developer, you’ve probably noticed how challenging it really is to measure an app performance in the stores.

Although various performance indicators exist today, it remains complicated to gather all the data together in order to measure the real strength of an app in the stores.

As an example, the app category ranking is indeed useful to gauge the popularity of an app in the stores. However, how can you really compare your app to your competitors if you’re not in the same category or sub-categories? How can you truly understand which app is the most successful overall?

To illustrate the issue described, try answering these two questions:

Question 1: which app (A or B) is more powerful?

Question 2: which app (A or B) is more powerful?

It’s not easy to answer, right? Well, if you do an in depth investigation of the app ranking history; reviews and ratings; category competitivity; country competitivity; etc; you could probably come up with a reasonable answer.

At AppTweak, we strive to make your ASO work easier, faster and more effective. This is precisely where our new App Power indicator comes into play!

The App Power, the quickest and easiest way to gauge app global performance

The App Power gives you the most objective and accurate indication of any app’s overall performance in any given country.

Basically, our algorithm takes all the various parameters into account in order to estimate the global power of an app in the store for a given country.

However, it is important to interpret this indicator with caution. Indeed, a “low” score can already be a great achievement for your app and may be enough according to the objectives you have set.

→ Sign up for a free trial and have a look at your App Power right away!

Discover below a few concrete examples of insights on how to best use the App Power and when to use it.

Let’s take for example the app Skyscanner, to which we have added 3 main competitors: Expedia, Hopper and Kayak.

Now, let’s take a look at the same app, with the same competitors but in the UK:

Skyscanner has a higher App Power (93) than in the US, and is actually the most powerful app of the series. Hopper, which was first in the US, is now the last and has an App Power of 76.

As a 3rd example, let’s take the same configuration in France:

Skyscanner has an App Power of 88 while Kayak is the most powerful app with a score of 90 and Hopper is the least powerful app of the four apps with 79.

Key point: This clearly highlights the fact that an app has more or less power given the country.

Globally, Skyscanner has a higher footprint than its competitors in the UK while it could improve in the US.

→ Did you know? You can also compare the download & revenue estimates of any IOS app on AppTweak!

Another interesting insight you can get out of the App Power is the ability to compare various apps with each other, even if they’re not in the same category.

As you know, some categories are more competitive or volatile than others, requiring more or less downloads to achieve the Top 50 for example.

Let’s take OpenTable, a handy app to make restaurant reservations, which is in the Food & Drink category. One of OpenTable’s main competitor in terms of keywords and ASO is Yelp. However, Yelp is not a direct competitor and is in a different category (Travel).

It is however very interesting to compare the global power of both these apps because they are obvious ASO competitors and probably are stealing some organic downloads from one to another.

The App Power helps you compare the global power of an app with its competitor(s) and thus give you a solid idea of how strong the apps are in this given country.

In this example, OpenTable has an App Power of 87 while Yelp is at 99. Although both these apps are very powerful, Yelp is globally stronger and probably gathers more downloads than OpenTable in the USA.

Key points: This highlights the fact that an app has more or less power given its category.

→ Check out your app’s category ranking in our Top Charts Free Tool!

Insight #3: The App Power allows to measure app performance on the long-term

Last but not least, the App Power provides an accurate indication of the success of an app globally over time, on the long term.

As we know, category rankings are very volatile and often fluctuate. For instance, it is not always easy to compare a just-launched app with an app that has over 2 years.

Thanks to our app power indicator, you can now effectively measure an app performance objectively and understand its real strength.

Let’s take for example Diamond Diaries Saga, a freshly new app (launched on July the 6th, 2018). If we look at its category ranking, we see that there is a big spike on day #1 but that the ranking seem to decrease slowly.

As we can clearly see, the App Power slope is much more smooth and gradual, and keeps increasing slowly.

The reason is that our App Power takes into account the ranking history but also prevents high spikes fluctuations to biaise the results.

Another example shows here an app which has a sudden ranking increase but quickly came back to its initial ranking.

As we can see, the App Power only shows a gentle progression on the day of the ranking spike but doesn’t seem to be very much affected.

Key points: the app rankings are very volatile while the App Power takes depicts the app performance globally, lowering the effects of sudden increases (or decreases) or an app’s rankings.

The App Power vs the ASO Score

Don’t worry though, your ASO Score is still available!

Any app’s ASO Score is now on the Top Left of its ASO report, using a gauge for better visualisation.

As a reminder, here’s the ASO Score definition:

“The ASO Score shows to what extend the app follows the ASO guidelines. To improve the score of an app, you should solve all items in the report marked with a red dot.”

It purely and simply indicates if an app is following Apple’s or Google’s guidelines in terms of metadata best practices (e.g: length of the app title, usage of screenshots, etc.). It is not an indicator of an app’s performance – you have the App Power for that now!

→ Get a preview of your app’s ASO Report right now!

Last word on the App Power

This new ASO performance indicator is going to change the way you conduct your ASO analysis and competition benchmark.

Not only it’s going to facilitate your ASO work, it’s also helping you monitor effectively the global performance of any app, across countries and compare apps from different categories with each other.

Attention: please use this indicator carefully and understand that achieving a high App Power indicator score shouldn’t be your end goal.

Also, we ran multiple experiments and we found that 80% apps with an App Power above 80 are Games. This undisputedly highlights the prevalence of games as the most successful apps on the App Store.

Finally, remember, the App Power score is an AppTweak-only indicator!

Don’t wait any longer, go find out what your App Power is! Login to AppTweak or sign up in order to have access to this amazing data!

The Most Popular App Store Keywords of 2020

View and compare your app analytics across countries