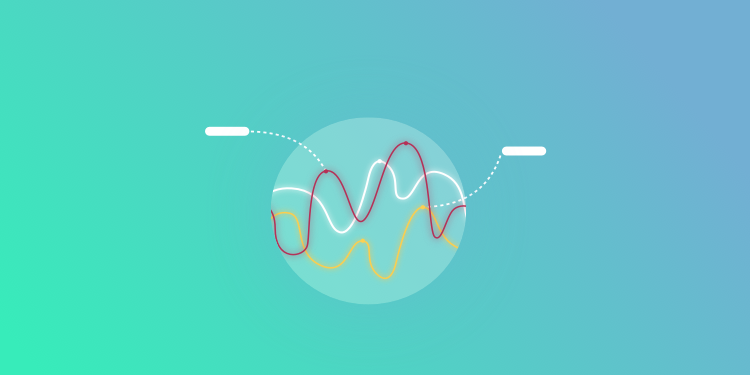 [UPDATE September 2019] - We’ve totally revamped our Keywords Movement section to give you even better insights. At a glance, you can see when your app had major keyword ranking movements, you can easily identify which keywords were most impacted by your latest keyword update, and you can even detect when competitors changed their keyword field and guess the changes they made. Check it out!!

If you’re familiar with ASO, you know how difficult it can be to fully measure the impact of your ASO efforts. When you release a new version of your app on the App or Play Store, you want to closely monitor how the changes you’ve submitted have impacted your keyword rankings.

We’re happy to present to you our new keyword movement detector: You select an app and two dates and AppTweak shows you the keywords that have had the highest ranking movements from one date to another.

Keyword monitoring is an essential step in ASO, but not the easiest. When you make changes to your app metadata, it can directly impact your app’s rankings on keywords. On Apple, the impact can be immediate and your app can suddenly start ranking or be unranked on a keyword from one day to another. On Google, the impact is more progressive and less easy to detect.

Read more on our expert tips on keyword monitoring

On AppTweak, you can now easily identify when the Apple or Google algorithm has picked up your keyword updates. At a glance, you can single out the dates on which we detected your app’s rankings changed significantly across many keywords. You can do the same on your competitors, and identify when they made changes that had a high impact on their app’s keyword rankings.

In the example above, we can see that over the last 3 months, Cookie Jam saw its app have major keyword ranking movements 3 times. Two were linked to the Apple algorithm changes (June 29th and July 19th), the third seems to be directly related to a keyword update.

The list of keywords containing “candy” for which Cookie Jam gained most rankings after a metadata update on September 4th.

On the other hand, the game drastically lost rankings on keywords related to “match 3 games”, going from top positions to totally unranked.

The list of keywords containing “games” for which Cookie Jam lost most rankings after a metadata update on September 4th.

In addition to showing the full list of keywords on which the app has gained or lost visibility, AppTweak also performs a Density Analysis to highlight the most repeated terms among these keywords. This will help you immediately pinpoint which words you added to or removed from your app’s metadata had the biggest impact.

Perform a Density Analysis on any text using our free keyword counter!

The most repeated terms across the keywords for which Cookie Jam gained and lost rankings after a metadata update on September 4th.

Keyword Movements is also a great tool to spy on your competitors. If you detect a peak in keyword movements and don’t see any change in the app’s title and subtitle, it’s probable that the app has updated its keyword field. Using our Keyword Movement Detector and Density Analysis, you can guess which words your competitors have added and removed to their keyword field.

Using our Timeline feature, we spotted a keyword update from Booking.com on July 29th. The app changed the keywords in its Title, Subtitle, Description and (probably) keyword field.

The changes made to the text metadata of Booking.com on July 29th - iOS US

Use our Timeline to monitor competitor apps’ metadata updates

Keyword Movement Analysis on the app Booking.com and the impact of its update of July 29th on keyword rankings.

That said, it’s important to mention that sometimes a shift in keyword movements isn’t linked to an app update but due to an algorithm change, either generalized across the Store or specific to your app (i.e the Store suddenly ranks an app on a competitor name).

Our Keyword Movements Detector detected two major keyword ranking changes for Headspace iOS US over the summer, both linked to algorithm changes.

Headspace doesn’t seem to have been actively working on its keyword strategy lately, with two major keyword ranking movements identified in the US over the last 3 months, both linked to the Apple algorithm change. Looking at the top added and removed terms, one can get a better idea of the keywords the algo change most affected. It seems here that when the change was implemented, Headspace lost visibility on keywords related to the terms “app”, “meditation” and “sleep”. These were restored a few weeks later with the second algo change.

Looking at the keyword movements of Facebook in France, we found that the Apple algorithm suddenly decided to rank the app on Tik Tok keywords, propelling its rank from unranked to 2nd position on a series of Tik Tok keywords in just a couple of days. However, the next day, the app went back to unranked on the same set of words and even lost visibility on other competitor terms such as Tumblr and Twitter.

Check which keywords drive most downloads to your app: Brand or Generic?

Another interesting case is the launch of the game Sandwich! We used Keyword Movements to try and better understand how the Google algorithm picks up the keywords it ranks the game on. Here too, we found strange results.

Using the density analysis, we found keywords that were constantly repeated in both the “Top added” and “Top removed” sections of our Keyword Movement Density Analysis. Looking into the keyword ranking history of Sandwich! on these keywords, we could see how volatile the Google algorithm can be when fine-tuning the set of keywords on which it decides to rank a new app.

Our Keyword Movements Detector identified keywords for which Sandwich! had high ranking volatility - US Play Store

Looking into a more established game like Hearthstone, we also found some high volatility on keywords. For example, our Keyword Movement detector found many positive and negative movements for keywords related to the word “card games” in July. It looked like Google was testing on which type of card games it should rank Hearthstone.

Our Keyword Movement Detector found that Hearthstone’s ranks on keywords containing the words “card”, “cards”, and “games” were extremely volatile in July (in both directions)

We had a look at the list of keywords containing “card games” for which Hearthstone had unusual keyword ranking movements across several different dates. Clearly, the Google algorithm is testing which words are the most relevant to the app (Hearthstone did not do any changes to its app metadata).

Our Keyword Movement Detector highlights the volatility of the Google algorithm for a set of keywords related to “card games” in defining Hearthstone’s rank.

This all sounds great, but you’re probably asking yourself how does this magic work?

When you select a date on our Keyword Movement Detector, AppTweak fetches all the keywords your app ranks on at that date. It then compares those rankings with those of a couple of weeks ago and highlights any movement that is considered unusual (read below to learn more about which movements we consider “unusual”).

The indicators we use in our algorithm

AppTweak also shows the ranking movement, which is the number of ranks the app gained or lost on a keyword. If the app starts to rank on a keyword, the tag “in” is used. If the app has stopped ranking on a word, the tab “out” is used. Finally, the column “Ranking” shows the app’s rank on the selected date vs. its rank the day before.

The indicators of our Keyword Movements Detector

By now, you’re probably anxious to discover this amazing tool and we’re excited to hear your feedback! You can check which latest releases had the best impact on your app’s organic visibility, or if there is any keyword you dropped out on and that really affected your app’s rankings. Don’t forget to have a look at your competitors’ releases. What new keywords are they targeting? Is there any interesting shift of strategy to know about? See for yourself right away!