Launching a new mobile game is no easy business, and getting it to reach the top charts becomes a real mission impossible. You never know if your next launch is going to skyrocket or wither and stall. At AppTweak, we went through the data of 3,000 games that were launched in 2018 to identify the biggest hits of this first semester.

So Mobile Gaming is definitely a huge market, but it’s also a very competitive one! Many elements count when it comes to making your game visible on the Store. One of them is of course ASO. Make sure your game is fully optimized before you launch it, to maximize organic traffic.

→ What is App Store Optimization (ASO) and Why Is It Important?

We had a look all the games that were launched in 2018 on the App Store (IOS - US) and found that five of them have already exceeded the 10M downloads threshold. And one is just about to do so…

Check out the Top 5 Games launched in 2018 that have already reached 10M downloads (IOS - US)! 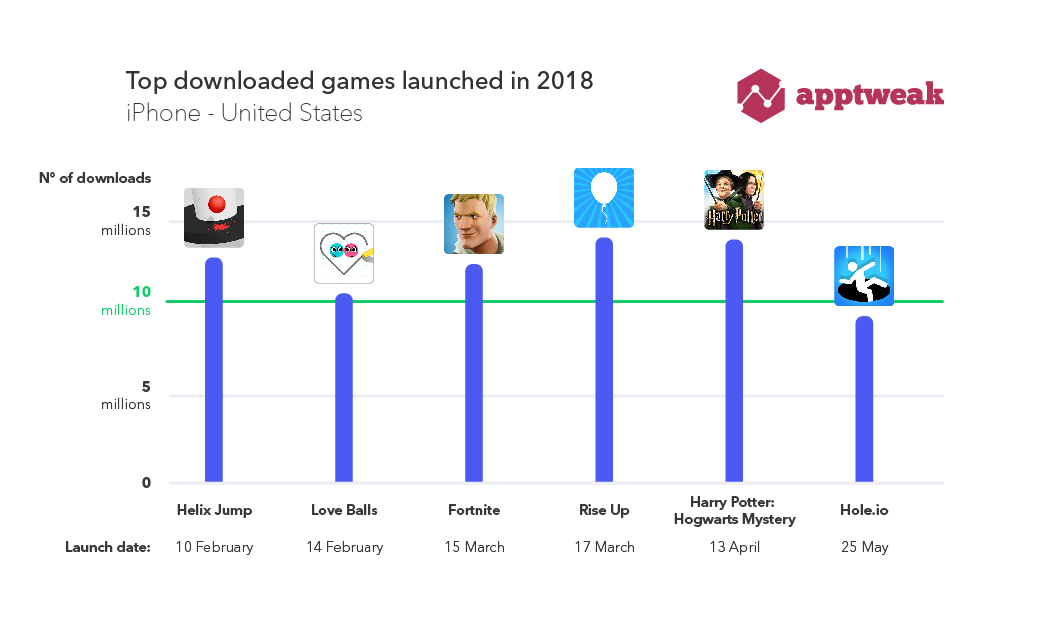 High Downloads, High Visibility – Or is it the Other Way Around?

These games have all managed to reach a very high level of visibility on the App Store. In fact, in AppTweak they nearly all have an App Power of 100 that they have managed to maintain over the last 3 months.

As you can see, Harry Potter: Hogwarts Mystery is lagging slightly behind with an App Power of 95 today. This suggests that the game is already losing popularity. On the other hand, the most impressive progress is that of Hole.io who managed to boost its App Power from 0 to 90+ in just one month! The game was launched end of May and is brushing the 10M downloads threshold today.

Hole.io already at 10M downloads, less than 3 months after launch (IOS - US)!

If we look at the category ranking of these games, they all managed to go from totally unranked to Top Charts position in just a couple of days after a significant new app release. Here is their ranking history in Games (IOS - US):
As of today, only Fortnite, Helix Jump and Hole.io still rank in the Top 10 of the App Store Games category in the US. The other games are gradually losing ground, with the most drastic drop for Harry Potter: Hogwarts Mystery, now in 82nd position, 4 months after launch.

Actually this isn’t so surprising for the games category. We found that, on average, the games that reached the Top 10 in the US Games Category on the App Store are no older than 63 days old as opposed to an average of 1,500 days in other categories. This suggests that the Top Charts of the Games Category are very dynamic, with newcomers constantly taking the lead, as opposed to other categories where only established apps manage to reach the Top 10.

→ Check out the Top Charts of your app’s Category now!

Finally, if you have a mobile game and would like to optimize it for the App and Play Store, make sure you don’t miss us at Gamescom in Cologne! 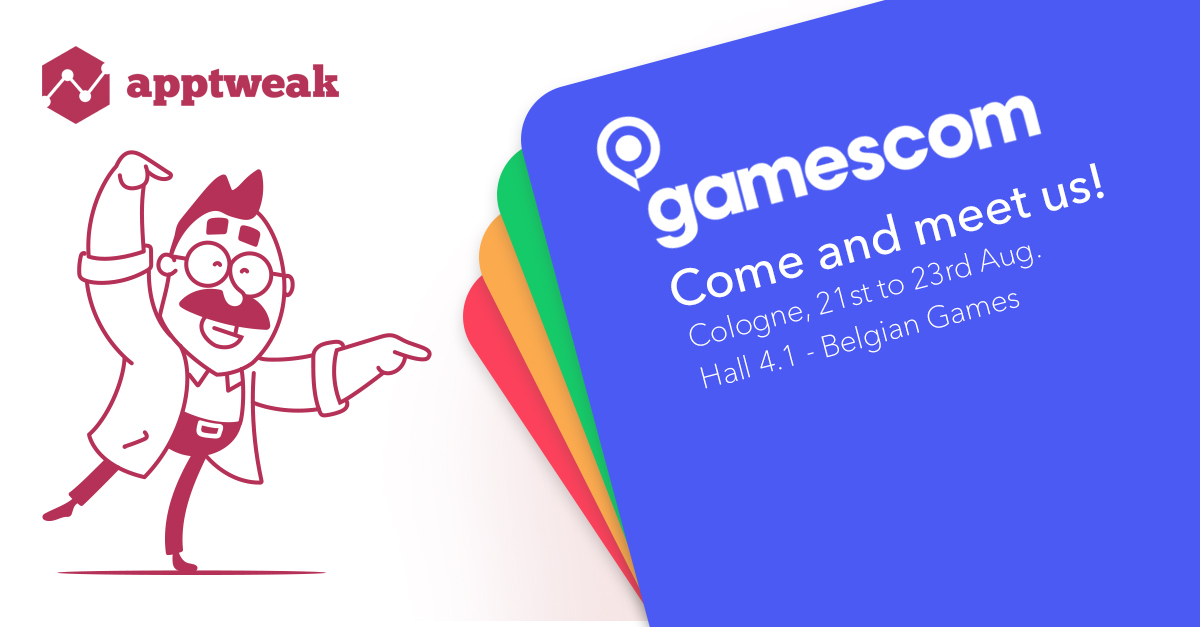 Get more amazing insights on your mobile game and your competitors on our ASO Tool!