Get Ready for iOS
15 With AppTweak

With iOS 15, Apple introduces a set of features to help app developers optimize their app page. We’ve gathered everything you need to know to get ready for iOS 15, including exclusively unique data on App Store creatives that we’ve never shared before!

In September, Apple will release the iOS 15 update. This is one of the largest updates since iOS 11 for ASO and with this update, Apple will provide developers with even more ways to make their app page more relevant and effective. 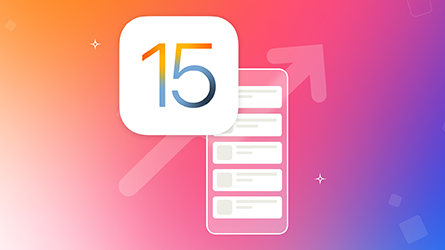 Check out our detailed guide on everything you need to know about iOS 15 and ASO, including a step-by-step checklist on how to get ready.

Conversion Optimization will be at the heart of every ASO practitioner's strategy in 2022. Thorough research and planning are crucial when developing an A/B testing strategy or creating up to 35 Custom Product Pages. To help you get started, our team of data scientists has gathered unique data on creative trends in the App Store. Below, you can also find a collection of blogs with tips and best practices. 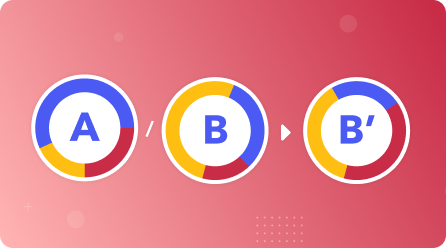 How to improve your A/B tests’ reliability

Don’t see the expected conversion uplit after implementing the winning version of your A/B test? Learn how you can run A/B/B tests to avoid false positives.

AppTweak Features to Help You Get Ready For iOS 15

AppTweak is the leading ASO tool driven by data science. AppTweak empowers mobile leaders to grow their apps and games with actionable insights in a simple interface.

With AppTweak’s App Page Preview feature you can simulate what your Custom Product Pages will look like on an iPhone X.

Spy on your competitors A/B tests

Product page optimization is not available yet on iOS but has been around for a while on Google Play. AppTweak has unique insights about your competitor’s A/B testing strategy on Google Play that you can use to inform your strategy on iOS.

Find out when competitors are running A/B tests and for how long.

See all the different variants competitors are testing.

Get ready for iOS 15 with AppTweak.