What keywords are the Top Apps using in their metadata? If that’s something you’ve been wondering, read on! We’ve looked at the most used keywords in the app title and subtitle of the top 500 free apps in the US. It is important to understand what keywords are being used the most by your competitors in your category, and what type of apps are present in the top 500. This will give you a good picture of the category you’re in.

We’re showing you the 20 most used keywords for the apps ranking in the Top 500 and the proportion of apps that used it in their title/subtitle or title/short description. For example, if the keyword “rewards” has a proportion of 2%, it means that 2% of the 500 apps have that word in their metadata, therefore 10 apps. Keywords unique to a store are highlighted.

We published a similar article in September 2018, so let’s compare how the most used keywords have changed!

Check out the most used keywords in metadata in 2018

Top 20 most used keywords in “All categories” One in ten apps has the keyword “game” either in its title or subtitle on the Apple Store. On Google Play, it’s even one in 7! “Puzzle” is mentioned almost twice more than 6 months earlier on iOS. “3d” is used by 4% of all apps, that’s a huge increase compared to June 2019.

“App” is one of the most used keywords in the metadata on both stores. However, “app” is considered as a free keyword, which means that apps will rank on it without having to add it to their metadata. Therefore, a lot of titles/subtitles/short descriptions could be optimized by replacing “app” with another keyword. 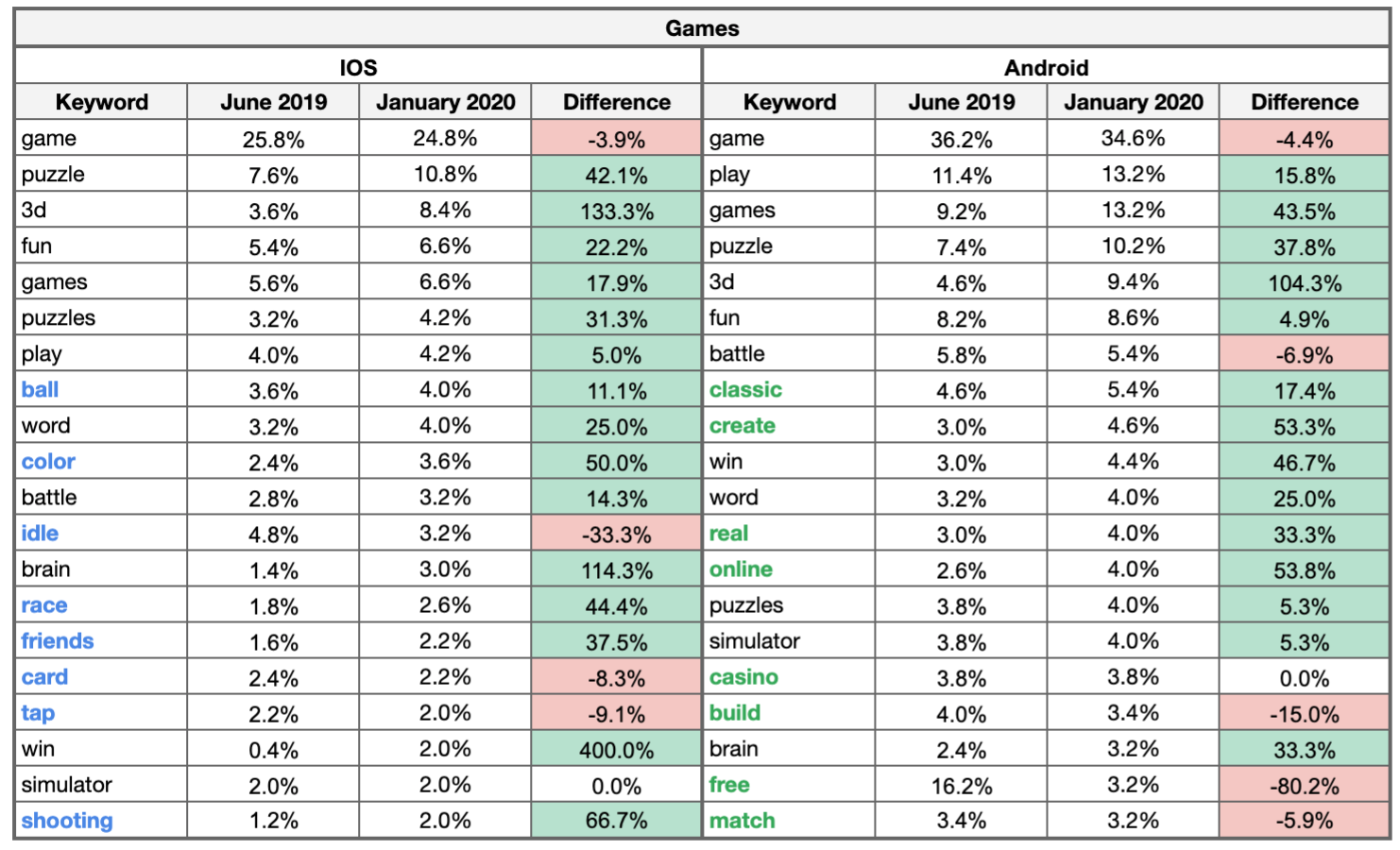 When looking at the top 15 in September 2018, quite a few keywords have changed. Since then, “3d”, “multiplayer” and “classic” started appearing on iOS and “3d” “adventure”, “shooter” on Google Play, while keywords like “match 3” or “slots” are not used as much anymore by the top 500 games.

However, some keywords don’t appear as often as in June 2019: the proportion of “best”, “world”, “classic”, “new”, “multiplayer”, “adventure” and “shooter” has decreased. 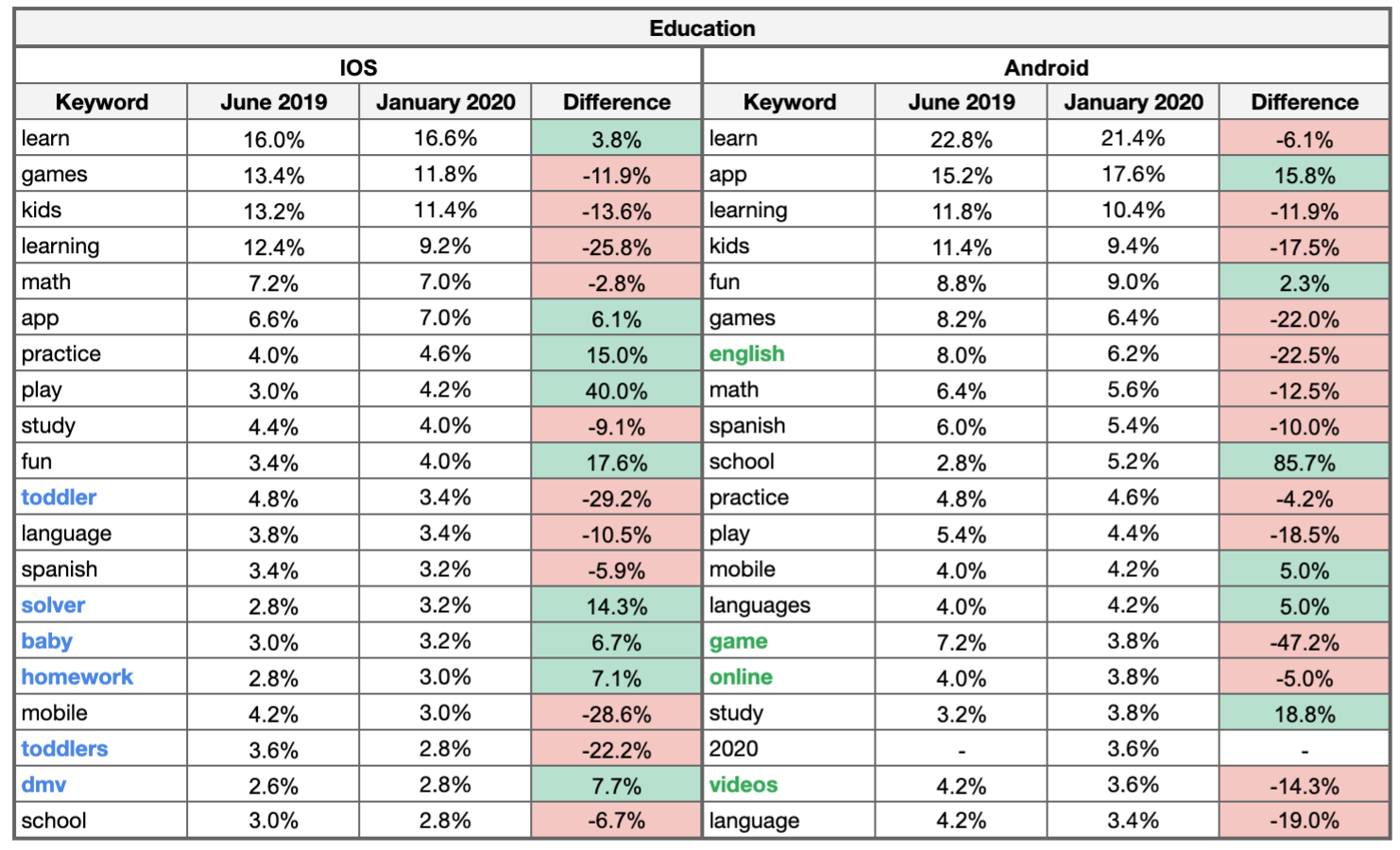 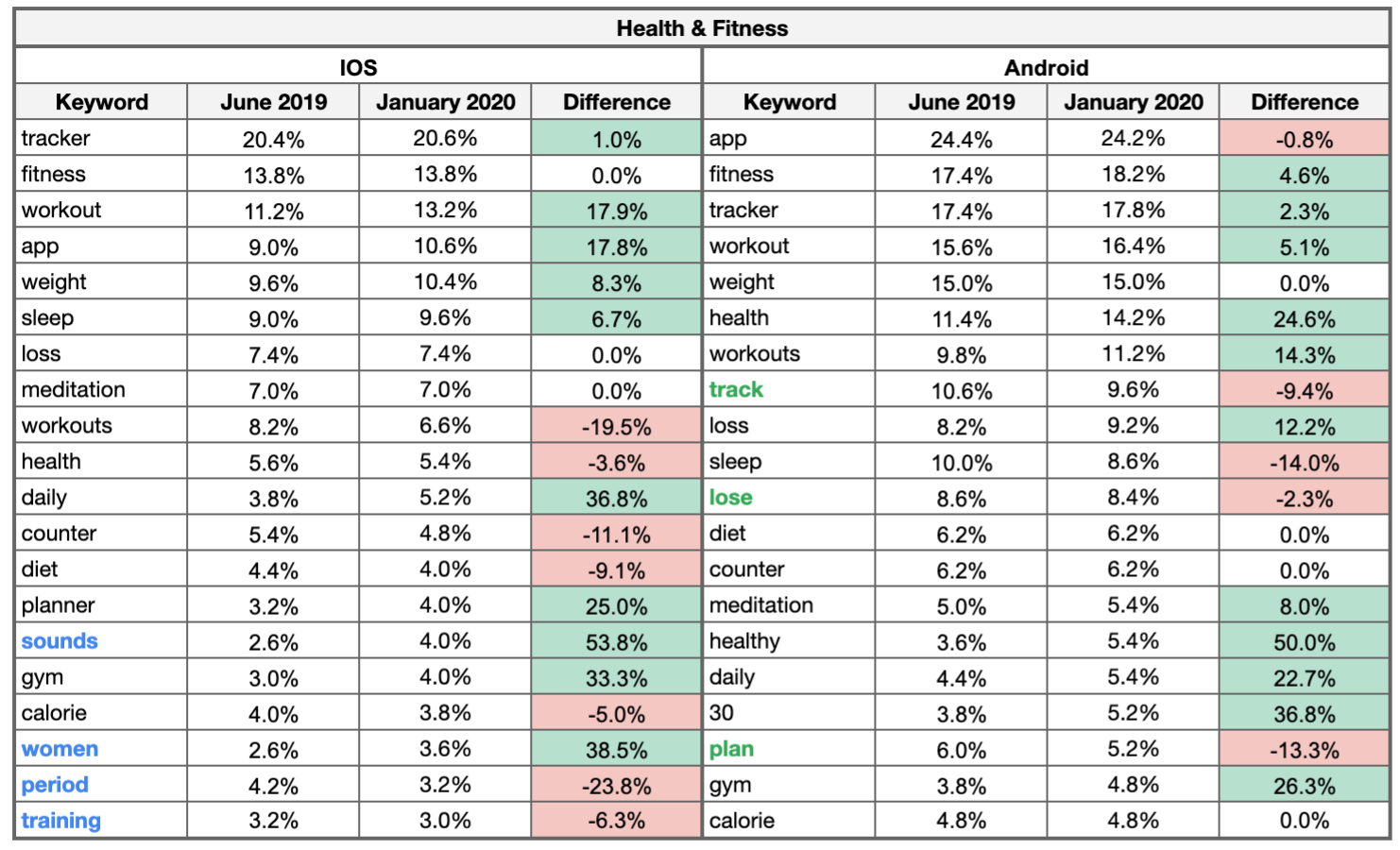 One in 5 apps on iOS has the word “tracker” in its title or subtitle. On Android, it is even one in 4! Other commonly used keywords in the Health & Fitness category are “fitness”, “workout” or “weight”. 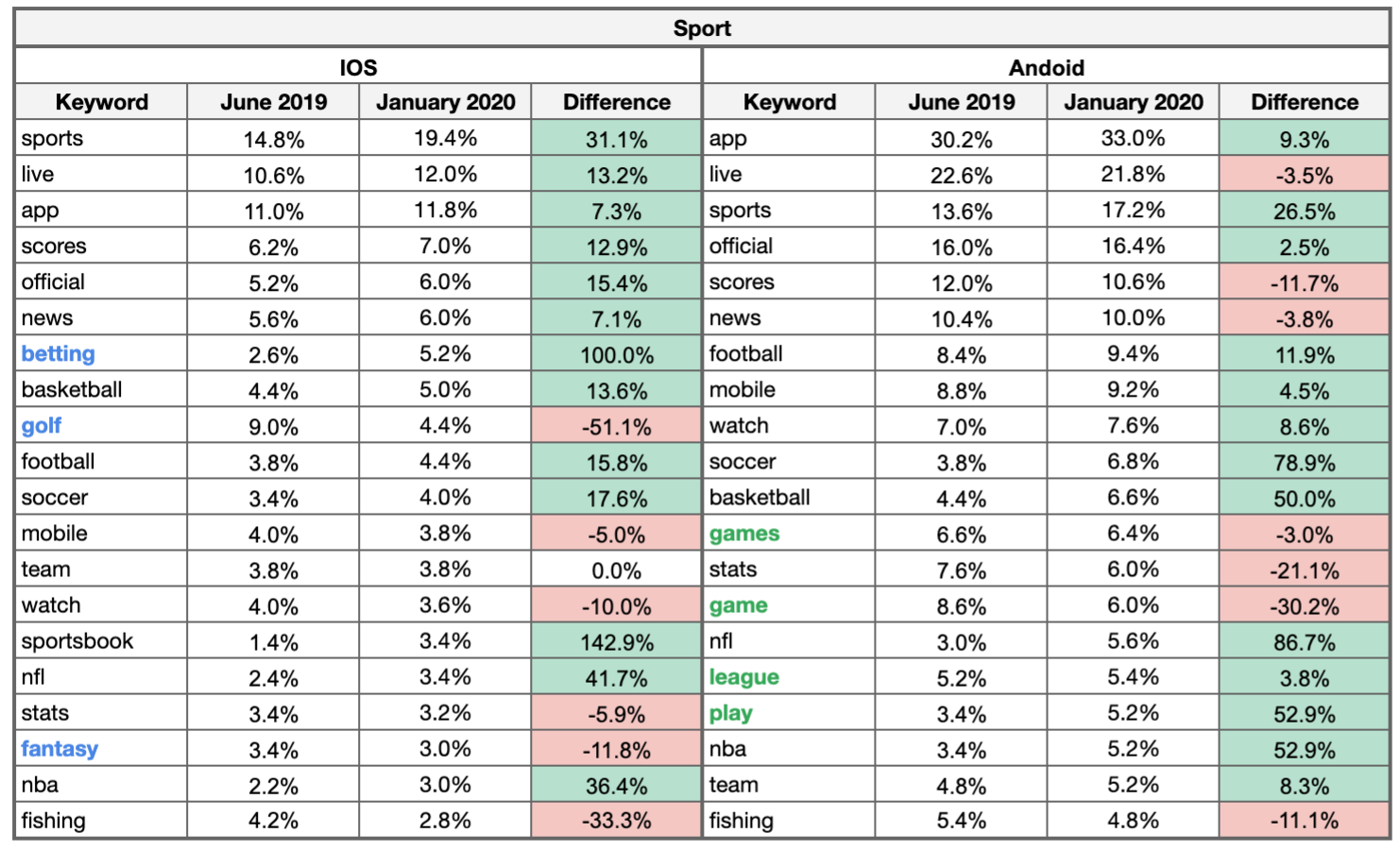 “Football”, “basketball”, “golf”, “soccer” and “fishing” are the sports that appear the most in apps’ metadata on iOS or Android. On iOS, the number of betting apps has increased, “betting” is used 2X more than in June 2019. “Live”, “official”, “scores” and “news” are the other most repeated keywords.

If your category isn’t shown here, or if you’d like the full list of keywords for the top 500 apps, don’t hesitate to send us an email!