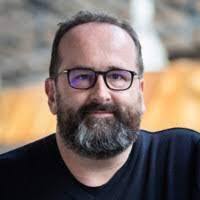 With the immense growth of the international mobile app market, App Store Optimization (ASO) is becoming increasingly necessary to promote the success of apps and games around the world. AppTweak, the #1 ASO tool driven by data science, empowers mobile leaders – such as Amazon, Jam City, Yelp, and Adobe – to grow their apps and games with actionable insights in a simple interface.

To facilitate app growth for its existing clients and prospective customers in the APAC region, AppTweak works hard to make its services accessible to all. As a result, AppTweak is pleased to announce that its website and ASO tool are now available in Simplified Chinese and Korean (as well as English, French, and Japanese)!

AppTweak, the #1 ASO tool driven by data science, is now available in Simplified Chinese and Korean (as well as English, French, and Japanese).

AppTweak gets closer to its customers in the APAC region

Since September 2020, AppTweak has observed a growth rate of 80% MRR (Monthly Recurring Revenue) in the Asia-Pacific region. Headquartered in Brussels with offices in San Francisco, Bengaluru, and Tokyo, the team aims to increase brand exposure on the Asian continent and communicate the importance of ASO for effective app development and growth.

“In the past year, AppTweak has gained the loyalty of many significant apps in the APAC region, including Xiaomi, GoGoChart, and TripAdvisor. However, we wanted to go a step further. Providing our services in Simplified Chinese and Korean is a great opportunity for both AppTweak and our amazing customers: For example, after we translated the tool into Japanese, our MRR grew by over 120% and our client base expanded by over 140%.”

To get physically closer to its customers in the APAC region, AppTweak has plans to open two offices in China and South Korea next year. Aiming to have 4 offices in 4 Asian countries by next year, the company intends to reinforce its leadership as the #1 ASO tool in the Asia-Pacific region. AppTweak will also hire team members in China and South Korea to effectively and efficiently support local clients, strengthen brand awareness, and maximize growth opportunities in the region.

Growth of the mobile market in China

Closely serving the needs of its Chinese-speaking clients is a major step in AppTweak’s international expansion. China has become the world’s biggest mobile app market, surpassing the United States in terms of smartphone users and contributing to over 40% of the world’s mobile app expenditure. Furthermore, over half of all mobile app downloads come from Chinese users.

However, the Chinese mobile app market is very different from any other market: Contrary to Western markets, non-Google-Play Android devices outnumber iOS (although the App Store is increasingly relevant in the region, seen by the recent addition of Apple Search Ads in mainland China). Furthermore, the top charts of the most popular apps and games in China are dominated by major local developers: While a minority of Western games - such as Clash of Clans and Gardenscapes - do gain success in China, the vast majority of popular apps, such as Alipay, WeChat, Baidu, and QQ, are domestic. Such information has solidified AppTweak’s determination to specifically cater to Chinese-speaking app developers and marketers.

Growth of the mobile market in South Korea

Similar to the Chinese market, the South Korean mobile market is also dominated by Android devices (although iOS still represents a significant proportion of mobile devices). Again, while some major Western apps - such as Zoom, YouTube, and Facebook - are also popular in South Korea, the top charts are dominated by local apps and games, with domestic players such as Kakao, Naver, and Coupang holding the majority of the app market share. As a result, providing its website and ASO tool in Korean will facilitate AppTweak in fueling the international growth of South Korean apps and games.

Krafton, developers of the game ‘PUBG’

AppTweak is the leading ASO tool driven by data science. AppTweak empowers mobile leaders - such as Amazon, Jam City, Yelp and Adobe - to grow their apps and games with actionable insights in a simple interface.

AppTweak has been awarded the “Best ASO Tool” by the App Growth Awards community and was recognized as the 6th Fastest-Growing Technology Company in Deloitte Belgium’s Fast 50 competition. Launched in 2014, AppTweak serves customers from all corners of the world, with offices in Brussels, San Francisco, Tokyo and Bengaluru.

Olivier is CEO and Co-Founder at AppTweak. Serial entrepreneur, Olivier is passionate about new technologies and neurosciences.