So, you’re publishing your app on the App Store or Google Play. Should you add a preview video to your app store listing? Should you prioritize portrait screenshots over landscape? Perhaps you’ve been hearing about “in-app events” but you’re not sure exactly what they are or how to use them?

To answer these questions, it’s always interesting to look at what other apps in your category are doing. AppTweak analyzes the top 500 apps in each category on the App Store and Google Play to determine the current metadata trends. Read this blog to learn more about our latest feature: Metadata Benchmarks (found under the Metadata tab).

On the App Store, app developers can add up to 10 screenshots to store listings; on Google Play, only 8 screenshots are allowed. Thanks to our Metadata Benchmarks feature, you can now uncover how apps in each category generally act within these restraints.

In the example below, we look at the average number of screenshots added for the top 500 apps in the Games - Action category (United States). Despite games in this category only adding 6 screenshots on average, Drive to Evolve adds the maximum (10) to its listing.

Category benchmarks (screenshots) in the Games - Action category vs. Drive to Evolve (US, iOS).

In the same category, we see that 53% of games use portrait screenshots compared to 47% with landscape ones. This portrait-landscape distribution is quite even compared to other categories (for example, 91% of apps in the Entertainment category prefer portrait to landscape), and can be explained by the fact that games tend to show landscape screenshots to better depict gameplay with the same phone orientation the game will be played.

Follow these screenshot, icon, and video guidelines for creative success on the App Store and Google Play

Here are two examples of games that are only playable in landscape or portrait mode. Angry Birds only displays landscape screenshots while Drive to Evolve employs portrait screenshots to show users how gameplay will look. Based on screenshot trends in this category, we would then recommend that action games prioritize screenshots with the same orientation as real gameplay.

Screenshots for Angry Birds and Drive to Evolve (US, iOS).

Taking an example from the Entertainment category in the United States. 4% of the top 500 apps are currently running in-app events. On average, these apps launch 2 in-app events at once.

On the other hand, 15% of the top apps in the Games category are currently promoting in-app events; despite the feature being new, the adoption rate in this category is particularly high. However, unlike the Entertainment category, games usually only launch 1 in-app event at a time.

Category benchmarks (in-app events) in the Entertainment category vs. Disney+ and in the Games category vs. PUBG Mobile (US, iOS).

By comparing different game categories, we also see that, on average, simulation games and role-playing games tend to launch two in-app events at once while other game categories stick to one at a time. Depending on the category your app/game is in, you may want to dedicate efforts to launching (more) in-app events and taking some visibility away from your competitors.

Average number of in-app events for the top 500 games in various categories (US).

Percentage of games running in-app events for varying categories (US).

Your app will always be shown on the store alongside its icon—and alongside that of your competitors. When you start designing your app icon, it is important to consider those of the top apps in your category. In some categories, specific color palettes are more dominant while others are more varied.

Thanks to Metadata Benchmarks, you can now view the top 50 icons in each category and get a quick overview of the main colors and elements used.

For instance, icon color palettes for the Food & Drink category are very different in Germany vs. Japan. To represent popular food delivery apps in Germany, the color green is used most often whereas red and white are preferred in Japan.

Icon collage of the top 50 apps in the Food & Drink category in Germany and Japan (iOS).

We also see that apps in different countries and categories call attention to varying things in their icons. For example, apps in the Food & Drink category in France tend to put their logo (over the brand name) in icons. Below, we see that 34 out of the top 50 apps only show the brand logo while the others also display the app name.

On the other hand, we see that role-playing games in the US tend to display friendly characters in their icons. In the example below, we also see that only 3 apps add their app name to the icon.

Icons for top 50 apps in the Food & Drink (France) and Games - Role Playing (US) categories on the App Store.

Determine the maximum price to charge in your app category

We understand that it can be hard to determine the right app price that is both attractively affordable for store visitors without decreasing the perceived quality of your app. The final metrics we wanted to show you in this blog are computed regarding the price of paid apps.

Metadata Benchmarks shows you the average price of the top paid apps in each category as well as the highest and lowest prices found.

In the example below, the bar chart shows that absolute average prices don’t differ much from one category to another (maximum difference of €2). However, the price variations are huge. Out of the top apps in the category, the most expensive word game costs €9,99. On the other hand, the most expensive app in the Lifestyle category costs €99,99. This clearly shows that scales can be very different and you should analyze your category benchmarks before making any big pricing decisions.

Discover our other category benchmarks!

We can’t wait for you to explore this feature and get an even better idea of what other apps and games in your category do to their metadata. This could help you to make important decisions or even inspire you to try new things.

On AppTweak, you can now discover category benchmarks for the following metadata elements on the App Store and Google Play:

Start comparing your app to its category benchmarks and ASO trends. 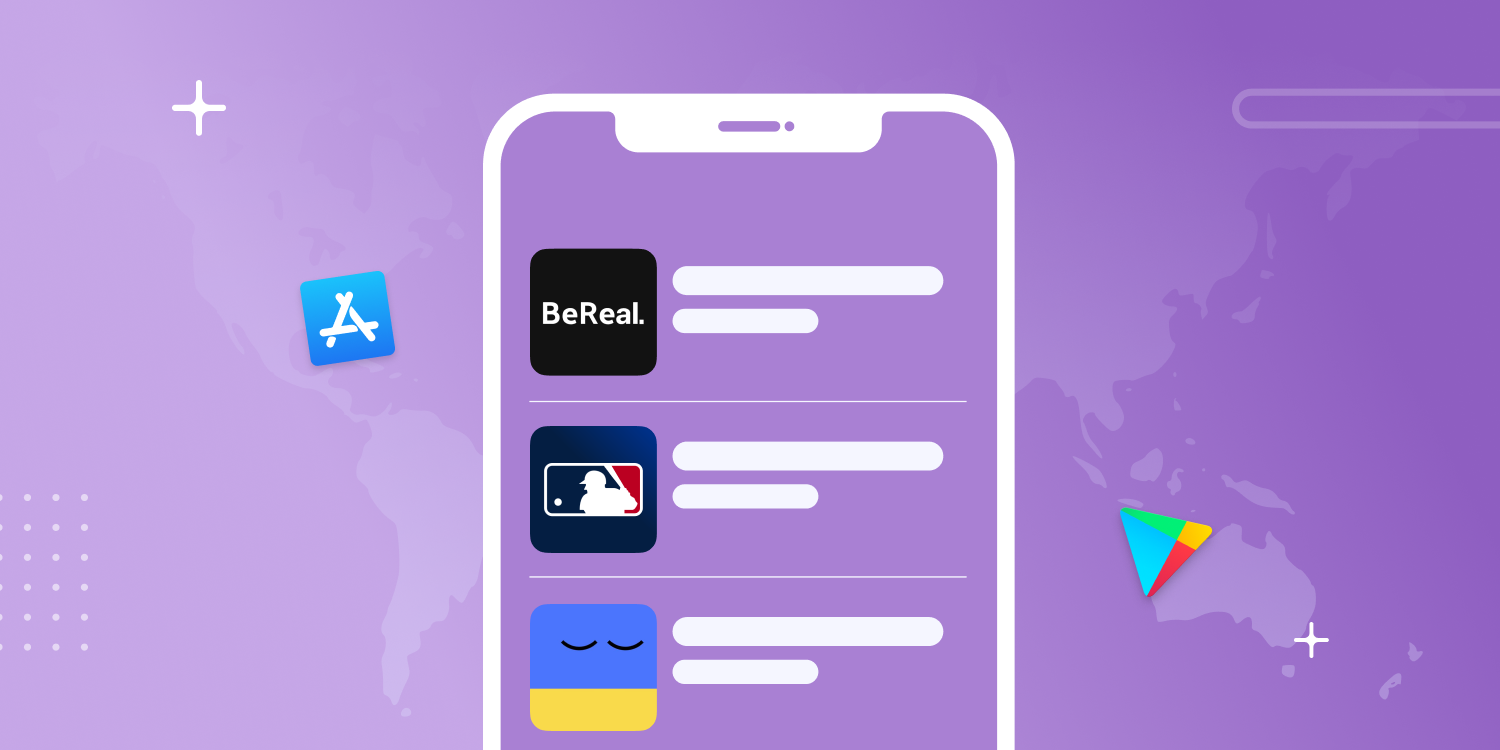