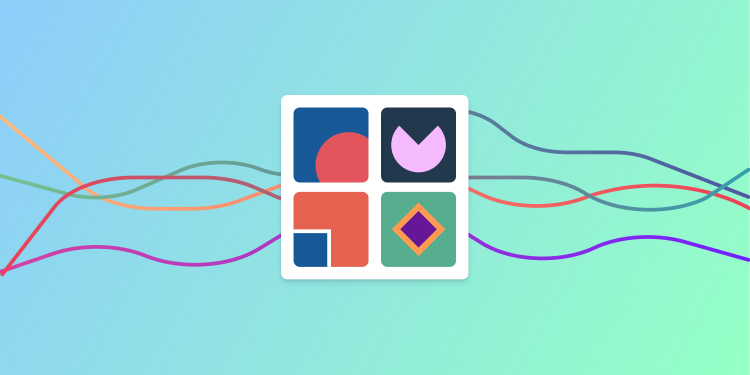 We all know that January is a big month for Health and Fitness apps. After the end-of-year festivities, people want to kick off the new year on a fresh start. According to YouGov, “Exercise more” and “Eating more healthy” are in the top 3 most popular New Year’s Resolutions for 2020. Using AppTweak’s new App Intelligence add-on, we had a closer look at the most trending Health & Fitness apps in major European countries.

App Intelligence: a new interface for cross-app and cross-country reporting

We just launched a new add-on that we’re sure you’ll thrive for: App Intelligence. App Intelligence allows you to build reports that compare the performance of several apps across countries and stores. In a couple of clicks, you will be able to:

We’re very excited to launch this new interface. To illustrate the insights it uncovers, we built a report that gathers the data of 3 trending Health & Fitness apps and studied their performance across major European countries.

The selected apps are Fitbit, 30 Days Fitness, and Muscle Booster. The selected countries are France, Germany, Italy, Spain, and the United Kingdom.

As an intro, the graph below depicts the total number of downloads these apps make across the selected countries in both the App and Play Store.

Total n° downloads of Fitbit, 30 Days Fitness and Muscle Booster in both the App and Play Store across France, Germany, Italy, Spain and the UK.

All three apps have shown significant growth in terms of installs over the past 3 months. Using App Intelligence, we will dig into each app to identify the main source of download growth.

Fitbit downloads were multiplied by a x5 factor around Christmas

The first thing we noticed when we compared the download history of these apps across both stores and all 5 countries, was that the Fitbit app saw a huge boost in downloads during the Christmas week. Installs leaped from a daily average of 15k to more than 80k in a couple of days.

If we dive into the details by country and store, we can see that this download peak took place in all selected countries, but was most pronounced in the United Kingdom on both the App and Play Store.

Comparing Fitbit’s peak in downloads across Stores and Countries.

This spike in downloads suggests that Fitbit accessories were popular Christmas presents, which led many new users to download the app on their phone. It’s interesting to point out that in Spain, the spike appears a few weeks later. This is due to the fact that the tradition to exchange gifts takes place at the beginning of January in Spain. According to the Spanish, it is the Three Wise Men (“Los Reyes Magos”) that bring the Christmas presents and this is celebrated on the Day of the Epiphany, January 6th.

Learn more about App Seasonality Trends with our Market Intelligence

The first chart in this article details the total downloads of the 3 apps across all countries and both Stores, we can see that both apps 30 Days Fitness and Muscle Booster benefit from a steady growth in downloads at the beginning of 2020.

However, if we take a closer look at the downloads history of the selected apps by Store, we can see that, for 30 Days Fitness, this growth comes exclusively from the App Store.

Spread of downloads from the App and Play Store for the apps Fitbit, 30 Days Fitness and Muscle Booster (across France, Germany, Italy, Spain and the UK).

This exclusive presence on the App Store hasn’t stopped 30 Days Fitness from driving a high-speed growth in January with average daily downloads jumping from 6,000 in December to 30,000 in January.

As we can see in the chart above, the United Kingdom is by far the leading country for 30 Days Fitness, accounting for 50% of the downloads for the selected countries. France is in 2nd position.

Although the UK appears to be a leading market for both apps analyzed above, the results are quite different when it comes to the app, Muscle Booster.

Looking at the app’s download history detail per country for each Store over the past 3 months, we can see that the app has shown a big success in France beginning of 2020.

Comparing the cross-country download history of Muscle Booster on the Apple App Store vs. the Google Play Store.

As we can see in the charts, on January 1st, Muscle Booster saw a prominent boost in downloads from France in both the App and Play Store. However, if we compare the number of downloads the app got in each store, we can see that the volume was a lot more significant on the Play Store than on the App Store.

To sum up, Fitbit, 30 Days Fitness and Muscle Booster are 3 Health & Fitness apps that have had a high download growth across major EU countries over the past 3 months.

Check out how your app is performing across countries and benchmark with your competitors using our App Intelligence Add On.