How often should you update your app store metadata? 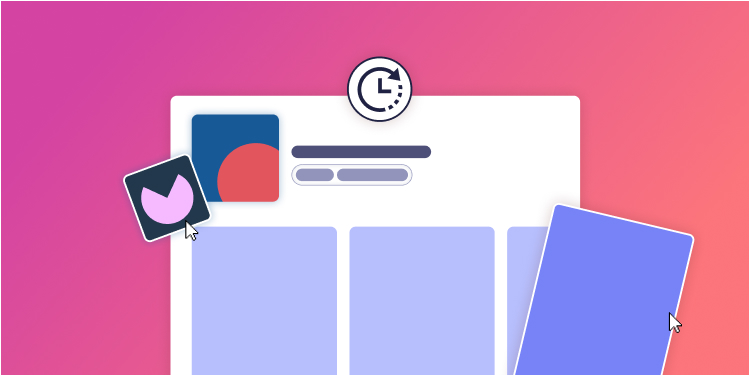 ASO specialists all agree that keyword optimization is an iterative process and requires frequent updates. But how often should you update your metadata? In this blogpost, we tell you about what we think are the best practices to decide when to update your metadata for the iOS App Store and for Google Play.

Regularly updating your app’s metadata in the iOS App Store and Google Play has been one of the most efficient ways to ensure it gets sustainable visibility and drives downloads every day. However, there is no “one” update frequency that ensures your app’s visibility keeps increasing or even just remains stable over time.

On iOS - update your metadata every 4 weeks

The challenge with knowing when to update your metadata is to determine how long it might take for each store’s algorithms to take into account the changes you’ve made.

For iOS, this can be almost instantaneous in some instances, as we saw with the example of Spotify, who went from unranked to ranking around the 11th position for “podcast” in just one day back in January of 2019, following its app title change from “Spotify Music” to “Spotify: Music and Podcasts”.

Nevertheless, this is not always the case, as metadata fields are not the only factors that influence keyword rankings. The amount of daily downloads is another factor that can play a subsequent role in how several apps rank for the same keywords, which is why it is important to monitor over time where your app ranks for the latest keywords that you have targeted. Ironically, Plague Inc. has become the #1 ranking app for the keyword “Virus” in the US since the end of January and this without making any changes to its metadata, but simply due to major increase in its downloads as a side-effect of the coronavirus pandemy.

Plague Inc. rose the 1st position of the US App Store due to the coronavirus pandemy despite not using the keyword “virus” in its title

As a consequence of the different factors that can play in keyword rankings, the overall compromise among ASO Experts is to consider that keyword rankings should be stable enough to review the impact of a metadata change 4 weeks after the new build uploads to the Appstore.

On Google Play -: update your metadata every 6 to 8 weeks

With some of the same causes to take into account, keyword indexation and ranking on Android has proven to take more time than on iOS. Using the earlier example of the App title change from Spotify, we see that despite changing the title to “Spotify: Music and Podcast” back on December 20, 2018, the app only started ranking for the keyword “podcasts” on December 24th and reached a stable rank for the keyword around January 13.

One of the possible explanations for why rankings on Google Play take longer to stabilize is that it has long been suspected Android is measuring apps conversion rates per keyword to determine in which order to rank them. While this would not be the only ranking factor, it would be consistent with Google Play adjusting app ranks per keywords over a longer period of time.

As a consequence, ASO specialists tend to consider it is best to wait between 6 and 8 weeks to update metadata on Android, as a way to make sure they have a stabilized data set to use and determine which keywords they should target next.

While waiting for keyword rankings to stabilize before deciding how to update your metadata is usually preferable, certain circumstances might dictate that you make changes more often. One of the most common situations in which that is the case is during a new app launch.

On iOS, new apps tend to be favoured in keyword rankings in the first seven days following their release to the AppStore. Although the app store does not provide data on how many downloads per keywords an app receives, this fact can be an incentive for you to be bold in the keywords you target when launching your app, and try and adjust your metadata with what seem to have caught the eyes of your first-week users in the following weeks after launch.

On the opposite side of the spectrum, Google Play algorithms’ tendencies to “wait and observe” how apps convert for various keywords can have a negative effect on apps trying to immediately maximize their metadata: many apps on Google Play can only be found by an exact title-match search upon the day they are published. As a consequence, if your app relies on a combination of brand and keywords, your first potential users might not find it immediately as they will usually search only for your brand or for generic keywords.

🔥 Pro tip: when launching a branded app on Android, do not necessarily use all 50 characters of the app title in your first few weeks, but instead add relevant and not too competitive keywords as you secure your first stream of regular downloads, and then expand on it progressively.

Optimizing metadata according to external factors

While keyword optimization is a never-ending work, most ASO specialists will take only a few iterations to find most of the relevant keywords that will build the core of your app’s semantic dictionary. Further optimizations are then likely to provide marginal gains but also follow a law of diminishing returns, with much of the keyword research only finding room to gain just a few more downloads.

Upon hitting this plateau, frequent updates become less necessary, and can be replaced by timely updates that you only plan for after you detect external impacts in your keyword monitoring. The two main external factors that can impact your keyword rankings are search algorithm updates and competitor launches and/or metadata updates.

Last but not least, some marketers have chosen to follow a keyword optimization strategy that is not based on search results, but instead aims to improve their browse traffic performance and/or store conversion.

To conclude, the frequency at which you should update your app’s metadata depends on the resources at your disposal and your overall ASO strategy. There is no one update frequency that will guarantee you optimal visibility, but regularly monitoring keyword rankings and store changes is key to make sure you are able to adapt and find opportunities to stay visible.