As 2021 was a particularly significant year for ASO, it’s now the perfect time to speculate the changes in App Store Optimization we think could take place in 2022. First, we’ll take a look back at our predictions for last year before presenting what we think will be the ASO changes to expect in the next 12 months!

Back in January last year, our team predicted that the role of (and interest in) ASO would get stronger in 2021, particularly following the rollout of Apple’s App Tracking Transparency (ATT). We also expected to see store operators make some changes to their services to justify fees and behaviors in the face of legal actions. While not all of our more specific predictions turned out to be true, on the whole, 2021 did deliver on these expected trends:

Overall, the most important thing we noted during 2021 was how far Apple went to provide developers with new marketing tools to better promote their apps with iOS 15, followed by changes from both Apple and Google around store fee policies. Furthermore, while we may believe that 2021 was a quieter year for Google, multiple changes on Google Play are likely to carry over and have a larger impact in 2022.

Read our ASO recap of 2021: A major year for App Store Optimization.

What to expect from App Store Optimization in 2022

One of the changes initiated on Google Play in 2021 regarded user privacy. So far, Google has only requested that developers fill in a form to determine the data collection practices detailed on their app store pages for a new privacy information section expected in February 2022. Nevertheless, this change looks very similar to Apple’s first requests to have developers share similar information for data privacy cards on the App Store, the first step in the ATT process.

This does not necessarily mean Google will follow in Apple’s exact footsteps; however, some app marketing experts agree that Google is likely to announce a new policy restricting access to the GAID for some form of consent system. Such a policy is not expected to be as drastic as ATT, but still represents an opportunity for Google to strengthen its grip on Android app advertising.

In this context, the first restrictions announced around GAID collection for Kids apps are seen to be the first sign of what may come in 2022, and app developers should expect to call on lessons learned with Apple’s ATT if Google does move forward on this topic.

A somewhat-overlooked fact in the hype around Apple’s new iOS 15 marketing functionalities is how all three (in-app events, product page optimization, custom product pages) share similarities with Google Play tools and appear to have been inspired by these and developed to take them one step further. Following Apple’s iOS 15 releases, it seems reasonable to expect Google to “answer” Apple and release and/or improve its own tools.

a. LiveOps to come out of beta

Before Apple had even announced in-app events on iOS 15, Google had already released a beta of a similar tool called LiveOps. So far, the main differences between LiveOps and IAE are:

TikTok was among the first apps spotted using LiveOps on Google Play in December 2021.

b. Customization for store listing pages on Google Play

A bolder prediction is that Google could release a product to help developers customize their app store listings for targeted audiences through advertising.

Although Apple’s custom product pages seem to draw inspiration from Google’s custom store listings, the differences between the two features have been considerable up to now: On Google Play, developers can currently only create up to 5 custom store listings. These listings only provide developers with better control over what is shown to users that have pre-registered for an app’s upcoming release, and/or are from specific countries that may show users certain listings based on device language, although elements of the page are not the most relevant to them.

Given that Apple allows developers to create up to 35 CPPs and direct any user to a given CPP via a simple URL link, Google’s customization possibilities seem rather thin; as a result, one change we expect to see on the Play Store in 2022 regards custom store listings.

Considering their current form and design within Google Play architecture, a potential improvement for custom store listings would be the addition of new “user status” targeting settings. For example, Google could allow developers to show custom store listings to active users and/or lapsed users who will be more likely to redownload an app after learning about new and advanced functionalities rather than the core functionalities regularly promoted to new users.

Learn all about what custom store listings are and how to use them on Google Play.

Google’s presentation of its custom details page for UAC (2020).

A second tool for customizing store listings that we could expect in 2022 concerns Universal App Campaigns; back in January 2020, Google had teased a functionality for its UAC feature that would allow advertisers to adapt their store listings to an ad’s creative theme. No further details have been shared since; therefore, predicting that such a product will be released remains a long shot! Nevertheless, the existence of this project back in 2020 (combined with competition from Apple to soon make CPPs compatible with Apple Search Ads) does make this a potential feature for 2022 that app marketers should keep at the back of their minds.

One potential surprise 2022 may hold for Google Play would be the revamp of its search results user interface. Although not among the things to expect this year specifically, the overall trend of user experience alignment between the two major app stores (exemplified once again in September 2021 when Google reduced its app title length from 50 to 30 characters), combined with the little-known fact that Play Store result pages in Japan already show app videos and screenshots are potential clues that Google may consider revamping its search results UI on the Play Store.

So what might hold for the App Store? Most expectations regard Apple’s recently released iOS 15 functionalities, while a larger trend may also include changes to Apple Search Ads and their impact on the store.

With in-app events (IAE) released at the end of October 2021 and product page optimization (PPO) and custom product pages (CPP) in December 2021, it would make sense for most ASO changes coming to the App Store in 2022 to relate to these new features:

Another area where Apple will be likely to make changes is Apple Search Ads. A recurring conversation around Apple Ads is the potential increase of Apple’s inventory, whether on the App Store, Apple apps, or third-party apps. When considering the possibility of new inventory within the App Store, the two main options would be as part of the Apps and Games tabs or adding more ASA positions in search. While neither is far-fetched, such changes could clash with how Apple has aimed to differentiate its store so far, especially with curation being a feature often highlighted by Apple.

A potential ASA innovation to keep an eye on would be the addition of a user status targeting option: Given that developers can already specify a target profile for in-app events (choosing between new, active, and lapsed users) and break down app downloads between new and re-downloads in their store console, it appears the technology for more specific targeting in Apple Search Ads could soon be available and may drive interest from advertisers, especially after CPP becomes compatible with the network.

Beyond the changes to expect from both major app stores in 2022, the notion of ASO itself and the increased division of ASO roles between practitioners is also likely to change in 2022.

First, the ever-blurrier line between paid UA and ASO is likely to create a more fluid division of tasks: As CPPs gain traction, paid UA will become one of the first “clients” of ASO teams that share their know-how to design optimal App Store assets. We expect the two (ASO and paid UA) to eventually merge for some companies that will also recycle paid UA managers for roles that encompass both analyzing and optimizing performances of ad campaigns and store pages.

Second, we also expect to see more specialization among ASO practitioners, with some adding value via the data mining and analysis functions of ASO, while others will focus more on the creative side of the practice.

In conclusion, 2022 is likely to be a consolidating year for the new era of App Store Optimization initiated in 2021. With both major app stores looking to develop services for developers looking to promote their apps, companies and ASO practitioners are also adapting to this new reality and honing in new skills to maximize performances.

Keep up to date with upcoming ASO changes to the App Store and Google Play, and leverage the leading ASO tool to maximize your app performance. 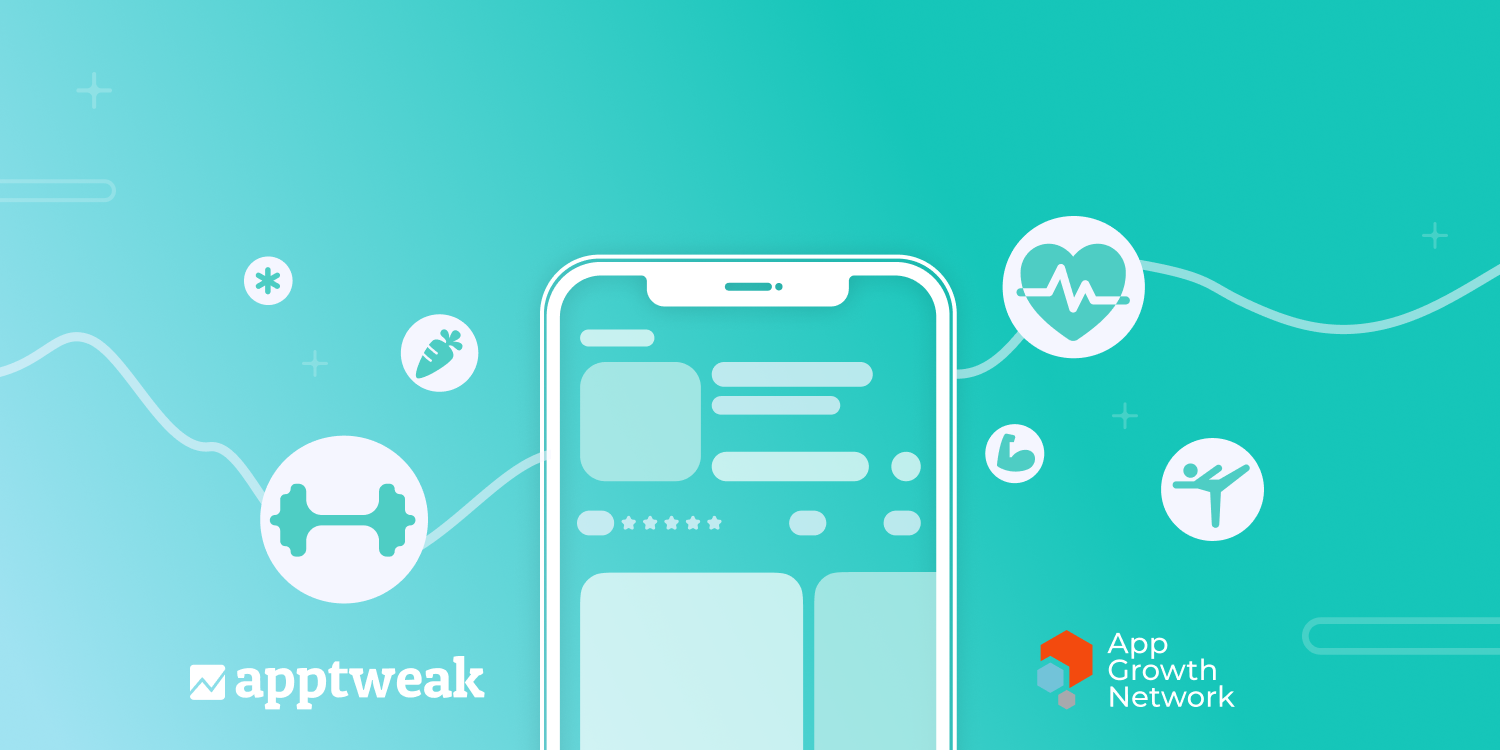