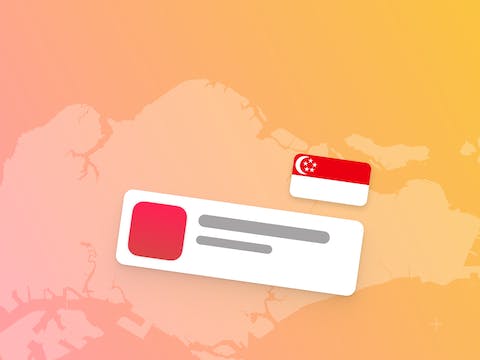 How to Localize Your App for Singapore

Despite its small size, Singapore is the third most densely populated country in the world and the second country with the highest GDP per capita. With favorable market conditions, Singapore has become a hub for innovation in digital and mobile technologies, as well as an open door to the countries of Southeast Asia. Companies from all over the world have taken the opportunity to expand globally through Singapore.

We’ve gathered for you all the information and tips you need to know to localize your app/game in the Singaporean app market successfully.

iOS vs Android in Singapore

According to Statcounter, Android occupies more than 79% of the mobile operating systems market in Singapore (December 2022), while iOS occupies “only” 20% of this market – a situation that was reversed 10 years ago. The fact that the vast majority of entry-level smartphones run on Android and that mobile market leaders like Huawei and OPPO have entered the Singaporean market in the meantime has contributed to such a shift.

Since Android dominates the Singaporean market, this analysis focuses mainly on the Google Play Store.

The categories of Finance, Communication, and Tools drive a high amount of downloads on the Singaporean Play Store. However, the Social, Productivity, and Video Players app categories are the three that generate the highest in-app revenue despite driving a bit fewer downloads. Tik Tok and CapCut (video players), Instagram, and Facebook (social) often make it in the top 10 free apps charts of Singapore.

Mobile games are very popular in Singapore: more than two-thirds of Singaporeans play mobile games and the city state hosts multiple international e-sports events. Role-playing and Strategy game categories are by far the most profitable categories, while Action and Casual games also generate a good amount of revenue and downloads. Two-thirds of the games ranking in the top 10 free and grossing games charts belong to one of these four categories.

Singapore has a rich history with diverse languages and cultures spanning many centuries. Originally inhabited by the Malays, an Austronesian ethnic group, contemporary Singapore acknowledges this cultural heritage and recognizes Malay as its national language in its Constitution.

Nevertheless, as a result of British colonization, English is the main language of Singapore, while Malay is spoken by about 9% of the population at home (Singapore Department of Statistics). English, on the other hand, is spoken by about 48% of Singaporeans at home and is used extensively in administration, at school, and, most importantly, in business. Singlish, a creole language that blends English with several Southeast Asian languages and dialects, is also on the rise and is spoken by a majority of Singaporeans.

Over the centuries, a relatively large Chinese community has developed as well in Singapore, so that about 30% of the population speaks Chinese nowadays. Following a political decision taken in 1979 for the sake of unification and simplicity, Mandarin Chinese is the only oral form of Chinese that is taught in Singaporean schools. When it comes to writing, Simplified Chinese is the standard and is notably the one used on Singaporean Google Play.

Since English and Simplified Chinese are the two locales available by default on the Singaporean Google Play Store (and are the most common languages in Singapore), our analysis will focus on these two locales.

Simplified Chinese requires 30% less space than English on average, thus allowing you to target more keywords in your app page metadata. However, since Chinese characters are complex, we recommend using a larger text font in your app text.

In Singapore, we distinguish between store listings in English and those in Simplified Chinese. The English store listings are the most common. For these, it is common to add generic keywords in the title. These extra keywords are intended to increase the visibility of the app as well as to explain its function. App titles in the Tools category provide a good example of how they help understand the function of the app and thus facilitate the search of store visitors.

As for the store listings in Simplified Chinese, they are not necessarily localized. Indeed, most of them only have their short description translated into Simplified Chinese. This is the result of Google’s auto-translation system rather than an effort from app developers. Since this auto-translation system has its flaws, we recommend disabling this option.

In Singapore, those few apps and games that translate their store listing into Simplified Chinese take different approaches. Some like Disney+ and Tik Tok have translated their short and long descriptions but left their brand name untouched, which is a common practice as English brand names are well-received in Singapore. Others who leave their brand name untouched add in the title generic Chinese keywords to have more chances to appear for Chinese searches on the Play Store.

A final approach is to fully translate your store listing into Chinese. Popular games Coin Master and Rise of Kingdom are two examples of this, but the latter includes the abbreviation of its Latin title “RoK” to ensure brand recognition.

At AppTweak, we recommend translating the short description and the long description for the Chinese store listing. More than a simple question of understanding, it’s also a way to show respect and interest for your store visitors. If you already have a localized app page on the Chinese Play Store, a time-saving technique is to simply update a few keywords, taking into consideration the search volume on the Singaporean Play Store. If you want to localize your metadata one step further, also consider changing the features presented with those that are most popular in Singapore.

Other tips to localize your app/game for Singapore

QR codes are used very frequently in the daily life of Singaporeans – to access the gym, while shopping at the supermarket, or to make mobile payments. Singapore is the first country to have implemented a unified payment QR code called Singapore Quick Response Code (SGQR) to make life easier for customers and merchants alike and to accelerate the transition to a cashless economy.

Anime, a cultural phenomenon of worldwide fame, is also popular in Singapore. On the Play Store, many games derived from popular anime franchises can be found in the top charts of different game categories. Consider doing a collaboration with anime, for example, in the context of an in-app event, to capitalize on their popularity.

Singapore is a culturally diverse country with many of its citizens coming from different parts of East and Southeast Asia. Dating apps acknowledge this fact and, to make the most out of it, multiple of them were designed for a specific ethnicity. There are dating apps available on the Singaporean Play Store designed for Tamils, Chinese, Filipinos, Thai, Vietnamese, etc.

Tools apps in Singapore display the current year in icon

On the Singaporean Play Store, competition is fierce in the Tools category. Therefore, these apps do their best to differentiate themselves from their competitors. One practice that some of them have adopted is to include in their icon a banner that indicates the year in which we are – a way to clearly indicate that the app is regularly updated while others may not be.

Shopping apps in Singapore update their icon for Asian events

Similar to what we noticed in Indonesia, shopping apps in Singapore too change their icon on the occasion of different Asian events that are now associated with sales. This is a way for shopping apps to indicate that they too participate in events in an attempt to attract more visitors.

A relatively small country, Singapore has a high GDP per capita and is the gateway to other Southeast Asian countries. To successfully localize your app or game in the Singaporean market, here are some valuable tips for you to keep in mind:

With over 100 languages supported and over 1,800 leaders worldwide using it, AppTweak is the reference ASO tool to help you localize your app in Singapore as well as in the rest of the world.