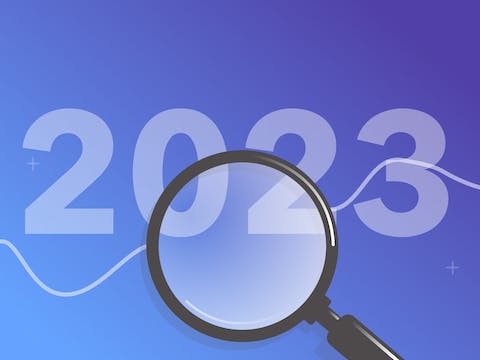 With the start of a new year comes the customary time for predictions for the next 12 months. However, before discussing the potential changes for App Store Optimization in 2023, let’s review some of the trends we’ve observed in 2022.

Overall, 2022 began with the expectation that it would be a year for new beginnings in ASO and mobile growth, especially following the roll-out of custom product pages (CPP) and in-app events on iOS in the wake of App Tracking Transparency. A year later, it seems undeniable that ASO has significantly changed and expanded in 2022, fully growing past its fundamentals of keyword and creative optimization and embracing new trends that led us to call this the beginning of “ASO 2.0.”

Looking at predictions from January 2022, it seems that we made near perfect calls about changes that had already shown some early signs in 2021. At the same time, our bolder predictions have not all turned out to be true but did align with market trends. Let’s elaborate.

What is the state of ASO at the beginning of 2023?

Last year was a year of transition and new beginnings for ASO, and these trends will likely continue in 2023. More ad networks need to start fully supporting custom store pages for both the App Store and Google Play, while even more app developers are likely to embrace the rise of in-app events and LiveOps (promotional content).

As a result, 2023 begins with wide ASO perspectives:

The first thing to expect for ASO in 2023 is a consolidation of ongoing trends, starting with custom store pages.

As for in-app content promotional tools, their growing adoption rate by apps and games in 2022 is likely to continue in 2023 as well.

Outside of potential improvements to custom store pages and in-app content promotional tools, Apple and Google have both given a few indications of what may come to their stores in 2023:

Additional topics that could be important for ASO in 2023

We considered a few other important questions for ASO in 2023 that have not been the object of particular announcements or rumors so far:

Conclusion: A year of possibilities for ASO

In conclusion, 2023 has the potential to deliver many different changes to the field of App Store Optimization and will certainly keep all ASO practitioners busy. More importantly, what will make the year different from the last two years is that multiple trends and topics to follow will not just depend on Apple and Google introducing new features to their respective app stores.

In any case, AppTweak will continue to monitor ASO trends and innovate for all practitioners. So don’t hesitate to regularly visit our blog and subscribe to our newsletter for more updates.