How to Drive More Organic Downloads to Your App 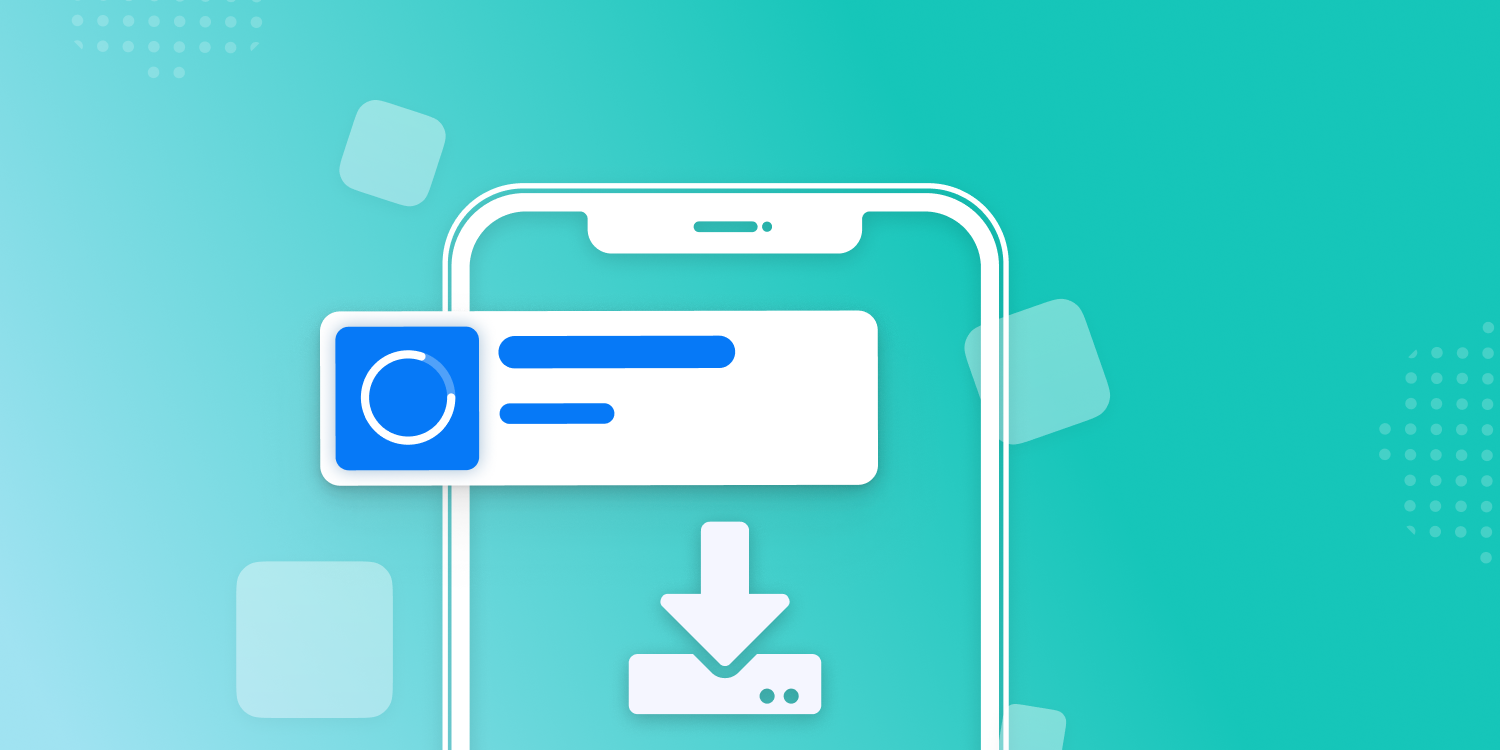 In app marketing, downloads are often considered as belonging to one of two groups: those that come from organic sources and those that come from paid sources. A frequent misconception that derives from these terms is that all organic installs are completely free; in reality, organic growth often comes at a cost. So, what is the difference between paid and organic traffic, and how can you organically grow your app’s audience?

Paid vs organic user acquisition: can you drive downloads for free?

In essence, paid user acquisition (obviously) covers all paid efforts meant to increase the number of installs for your app, for which performance can be measured directly. As such, it is mostly derived from social media ads, search ads, in-app ads, or other trackable digital advertising methods. The use of trackers (such as the Identifier for Advertisers (IDFA) and UTM codes in hyperlinks) in these channels can help advertisers understand which tactics and campaigns are successful by optimizing for cost per acquisition (CPA) and other metrics.

Paid user acquisition can provide a consistent stream of new users for a measurable price and offers immediate visibility on the return on investment by identifying customer segments that are highly likely to purchase/subscribe to your services; as a result, it is often considered the most practical marketing channel. The main downside of paid user acquisition is, however, that it can quickly become very costly as marginal costs can increase very quickly.

On the other hand, organic user acquisition is often considered to be “everything but” paid user acquisition. This may be, in part, a consequence of attribution tools classifying all installs unable to be attributed to a tracked user as “organic”, even though some organic acquisition efforts can in fact be tracked.

Another consequence of organic user acquisition being seen as the opposite of “paid” is the expectation of organic UA to be free, or at least to cost much less. In reality, organic user acquisition relies largely on users downloading your app “by themselves”. While this may seem completely free, it requires a lot of strategizing and marketing to get to the level where large amounts of users find your app organically.

Examples of organic installs include users who:

All of these methods require some real input of time and effort, so before we review different methods to generate more organic downloads, it is important to note these are not always “free”.

When it comes to increasing organic downloads, the challenge marketers face is convincing people they should actively look to download their app or share it with others, instead of “pushing” their product directly through a digital ad. Multiple options can be considered and may be more or less relevant depending on the app. Let’s review four ways you can increase your app’s organic downloads:

1. Search optimization: present your app to people that need it

Products that answer a specific, well-known need are often searched for. As a result, a common strategy is to identify the most relevant terms that drive actual search traffic, and optimize your app’s metadata to appear at the top of search results for the most popular queries in the App Store and Play Store. This strategy is the basis of App Store Optimization and can be put into practice by all sorts of apps. As such, this strategy “only” requires identifying how your app is relevant to users’ wishes and the terms your potential users employ to find an app that will answer their needs.

While the logic behind app store search optimization can be applied to all apps and all countries, don’t forget that such a method requires relevant search traffic to preexist. Consequently, it will mostly benefit apps that offer a solution to a preexisting, well-identified need more than apps that would need to educate their audience about the benefits of their products. For instance, consider how alarm clocks have been a popular commodity since long before the App Store, whereas VPN or AdBlocker apps have become an increasingly searched product as people learned more about online privacy. That is why using a keyword ASO tool can be useful both to establish the growth potential of your app store search optimization strategy and identify which keywords to go after.

Another way to have users actively look for your app is by increasing the notoriety of your brand. Here, the difference with keyword optimization is adapting how you communicate about the immaterial benefits of your product and not simply your app’s features. Building your brand and then raising awareness through the many existing marketing channels takes much time and effort, but it is ultimately what will lead users to search specifically for your brand name on the store instead of a more competitive, generic keyword. Such efforts are eventually crucial, especially when considering that the overwhelming majority of the 100 most searched keywords in both app stores are brand names.

Although TV is often the most thought-of marketing channel used to increase brand awareness, it’s important to consider the role of App Store Optimization in building your brand. As your store page is the one bottleneck every user goes through to download your app, it is key to ensure the message conveyed by your store page aligns and amplifies all your branding efforts. Such efforts mean optimizing your impression to download conversion rate, but may also include monitoring other sorts of store data, such as comparing brand notoriety with competitors or tracking the top reasons for user satisfaction in reviews to highlight these in your brand message. 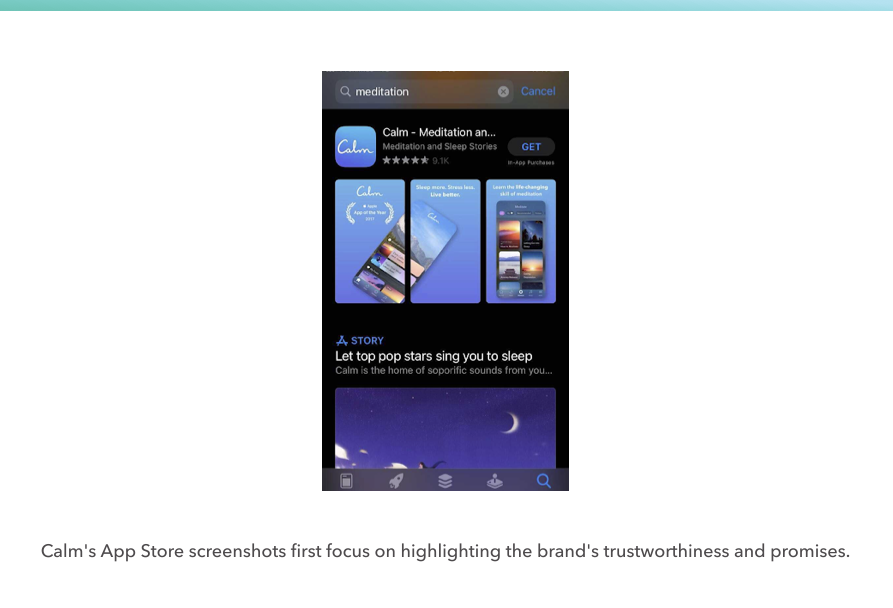 One of the most sought levers of organic growth is achieving virality by turning users into ambassadors for your product. This is often considered the most difficult growth strategy to implement successfully, but also the one that can yield the best results. To that end, one of the most common methods employed is building a referral program to incentivize users to proactively convince others to download your app. Nevertheless, in general, the challenge of referral programs and virality lies in identifying and leveraging the “aha moment(s)” of an app’s user experience (UX) to drive users to share their experience with others.

As such tactics are linked to the app’s UX, they are often left in the hands of a product team and considered as not really related to App Store Optimization. However, it is important to first consider how user reviews can once again provide insights as to why users fall in love with your app, and second how depicting the potential ‘aha moment’ with keywords and creative optimization can boost conversion drastically. Furthermore, it is worth noting that Google and Apple have created solutions to allow developers to have their users experience “aha moments” for themselves, through the use of Google Play Instant Apps and Apple App Clips respectively. The latter in particular is seemingly meant to drive virality, as both the context in which potential users may encounter an App Clip and the possibilities to have that App Clip shared are meant to allow for maximum outreach.

Find out more about App Clips and how to use them

The final method we’ll mention to organically grow app installs are partnerships and bundles. This consists of incentivizing potential users to download an app by joining forces with another app or company to either cross-promote products or create a feeling of windfall effect. Such tactics usually require identifying complementary products and always include offering a discount, with the expected results of reaching a new audience or getting preferential access to a particularly relevant audience.

This is probably the organic lever that ties the least with App Store Optimization, as users coming from such channels will most likely have the highest intent level of downloading your app before even reaching it on the store. Nevertheless, optimizing creatives to promote a deal (within the limits allowed by store guidelines) and keeping an eye on the impact of these deals on the rest of your store traffic (for instance, making sure there are no negative ratings due to technical integration issues) are examples of where ASO may be involved.

In conclusion, it’s important to not assume organic growth comes at no cost and to consider which organic growth levers fit your overall strategy best. To that end, remember that ASO can be a lever in itself to boost your organic installs, but also support and amplify other tactics you select for growing your installs.