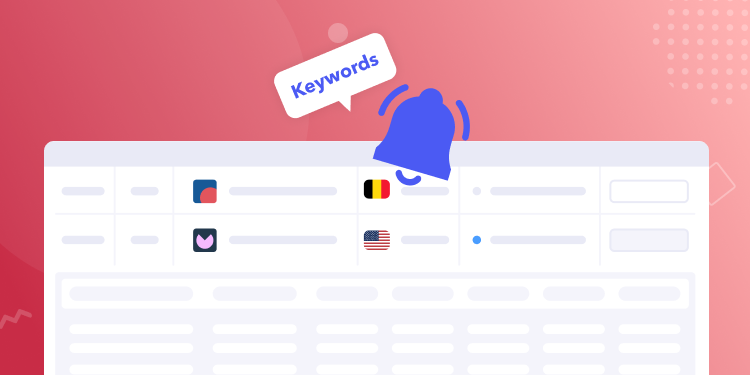 Last month, growth expert Thomas Petit started a passionate conversation on how TV (and movie) hits can impact the App Store in the wake of Netflix’s The Queen’s Gambit considerable success across many countries.

Of course, our team started looking at our various KPIs immediately, but we also asked ourselves if this was the only instance …

1. The Queen’s Gambit created a spike in searches for “chess” and crowns Chess.com the hottest strategy game in November

In the month that followed the US release of the show, search popularity for chess related terms grew rapidly in many countries:

Top chess-related keywords grew rapidly in the US, UK, France and Germany between October 23, 2020 and November 23, 2020

While “Learn Chess” is the keyword with the highest search popularity growth in these countries, it’s worth noting that due to the exponential scale of the search popularity given by Apple, the highest increase in traffic was in fact for the term chess. For instance, the increase from 63 to 72 in the US means that installs coming from the term “chess” to the app ranking #1 for the term (Chess.com) have in fact grown from 1,186 per day to 3,577, more than tripling over the course of one month according to our estimates.

Such growth was not limited to a handful of countries, as we saw Chess.com surge in games category rankings all over the world and reach the top positions of the Strategy games category in many countries where we could correlate it with the popularity of Netflix’s show.

Left: the Queen’s Gambit Netflix rankings across the globe according to Flixpatrol. Right: Average rankings for Chess.com in the iOS Games - Strategy category (Oct. 23 - Nov 23)

Overall, Chess.com rankings grew by an average 26.9 ranks in Games - Strategy (iOS) around the world in the 31 days that followed the US release of The Queen’s Gambit. Clinging the #1 spot in twelve different countries on November 23rd, including France, Poland, Italy and the United Kingdom. Across 94 different countries, the game made the top 5 of the category in 35 countries including Brazil, Israel, the United States, Canada, Turkey, Spain and India.

All these numbers confirmed Thomas’ initial intuition that The Queen’s Gambit had an enormous impact worldwide, but it also raised the question of whether other movies and TV shows might have had the same kind of impact on App Store traffic. To understand if this was the case, we looked to measure the possible impact of 3 recent TV shows: Emily in Paris, The Last Dance and The Mandalorian.

Released only a few weeks before The Queen’s Gambit, Emily in Paris did not receive the same level of acclaim but still encountered a good level of success, being the most watched TV show on Netflix in the U.S., U.K. and Germany in October. When it came to searching for potential impact for apps, the show was especially interesting in its potential to affect both language learning apps and travel apps, depending on whether fans of the show who would think of starting to learn French or visiting Paris.

Regarding the first matter, we observed a small increase in search popularity for the keyword “learn French” in the US in the week that followed the show’s release, although the same trend could not be observed for the keywords “French” and “french learning app” which are usually more searched. The same keywords also showed some small movements in the UK, but remained stable in Germany, pointing to the conclusion there might have been an impact although not very substantial.

Search rose for the word “Paris” in the UK after the show was released on Netflix, but the same trend was not observed in the US nor in Germany

As for travel interests, the UK was the only country where we saw an increase in traffic for the term “Paris”, whereas its search popularity remained stable in both Germany and the US where the show was also popular. This is likely due to travel restrictions in place due to the Covid crisis and leaves the question of whether there might have been an impact during a more regular year.

3. The Last Dance: the unexpected impact of a basketball-themed docuseries on sneakers apps.

The documentary on Michael Jordan’s Chicago Bulls dynasty released April 19, 2020 and was broadcasted in the US by sports channel ESPN, while streaming rights were also sold to Netflix for foreign audiences. What came as a surprise was how a docu-series about a basketball player did not in fact generate traffic towards top basketball apps and games, but instead brought downloads towards the network airing it (search popularity for the keyword ESPN increased from around 65 to 73) as well as towards sneakers apps ranking high for the name of the most famous player in basketball history and its famous shoe collection:

Search traffic increased for “espn”, “jordan” and “air jordan” while “nba” and “basketball” remained stable at the same time.

Specifically, search popularity for the terms “jordan” and “air jordan” increased respectively from 42 to 48 and 21 to 28. This resulted in downloads for the Foot Locker app almost doubling from 2,458 on April 1st (about 2 weeks before the first episode of the docu series aired) to 4,458 on May 31st (roughly 2 weeks after the last episode airing) with daily downloads coming from the sole keyword “jordan” increasing by 55% alone. In a smaller measure, the Nike SNKRS app also benefited from this effect with a 25% increase in daily installs coming from the keyword “air jordan”.

4. The Mandalorian: a case study for how new shows have more impact than returning ones

The first Star Wars live action TV show was first introduced in November 2019 on streaming service Disney+, and recently returned for its season 2. With 2 years to study, we were able to observe that the impact of the show was much larger upon its initial release than its return:

Search traffic for “star wars” grew rapidly in 2019 in the weeks that followed the release of the Mandalorian’s first season, but not in 2020 for season 2

In November 2019, search popularity for the keyword “Star Wars” went from the low 61 to 68 in two weeks, resulting in search downloads doubling between November 1st and 30th for the game Star Wars: Galaxy of Heroes which ranked #1 for the term continuously, 68% of which came solely from the term “star wars”. The same effect could however not be observed in 2020 when the show returned to Disney+ for its season 2, while we did see a second increase for the keyword “mandalorian” after its surge in search popularity in November 2019.

Last but not least, it’s worth noting that while Star Wars: Galaxy of Heroes had not reacted to the release of The Mandalorian back in 2019, in 2020 it did anticipate the new season release by updating its app icon and first screenshot at the end of October, and might have benefitted from a conversion uplift as a result.

Star Wars: Galaxy of Heroes updated its most prominent creatives at the end of October, only a handful of days before the second season of the Mandalorian began on Disney+

These different case studies each brought a different example of how TV shows in the last year have influenced app store customers’ search behaviors and how different parts of the digital world tie together. Nevertheless the scale of The Queen’s Gambit impact does not appear to have any equal in recent months and should therefore still be regarded as an extraordinary event that is unlikely to be repeated.

Find more about ASO & get started with a 7-day free trial!