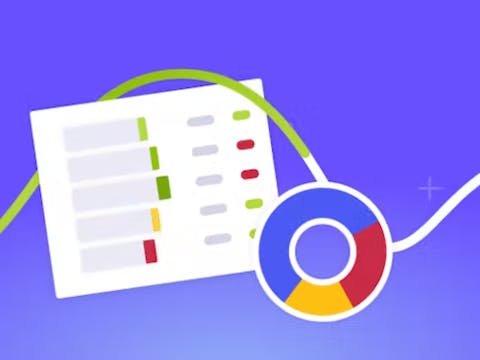 Growing an app is like taking care of a plant – it’s a long and tedious process that requires patience, time, and hard work. What is important here is to consider the factors for your app’s success, understand what works, and identify what to improve to help your app reach more users.

In this blog, we’ve highlighted some easy tips to help you monitor your ASO performance and measure success. We will also look at the most important metrics to keep in mind when tracking your ASO progress. Spend only 15 minutes a day working on these and you’ll see a difference.

Tip #1: Improve your app visibility on the stores

One of the main goals of ASO is to improve your app’s visibility on the App Store and Google Play search results. Increasing an app’s visibility within the stores will increase the chance of your app being seen by potential users.

The primary KPIs to measure your app’s visibility in the app stores are:

To measure your app’s visibility, the core metrics to look at are impressions on the App Store and store listing visitors on Google Play.

An increase in either of these metrics means that your app gained more visibility by getting featured and/or by ranking higher on a wider range of keywords.

Keyword rankings show how your app ranks on specific keywords. More specifically, keywords are terms that connect users to relevant apps they are looking for. If you’re wondering which keywords your app should target, AppTweak helps you quickly brainstorm a list of keywords to spot the best opportunities. The most desirable scenario here is to rank in the top 10 on high-volume keywords that are relevant to your app.

To successfully monitor your app’s ASO performance, it is extremely important to be aware of how and which keywords you are ranking on. Remember that removing high-performing keywords that bring a significant number of installs to your app could be a really counterproductive move. Also, the higher the number and average volume of your keywords, the higher your app’s visibility. An app that ranks #50 or above for a total of 200 keywords with a volume score below 10 will have a lower visibility than an app that ranks on 50 keywords with an average volume equal to 40 and an average rank in the top 10.

The visibility score is a metric that helps you understand how visible your app is in the search results compared to your competitors. Your app’s visibility score will increase if you rank high for a lot of keywords. With AppTweak, you can also determine whether your app’s visibility in the search results increased after a metadata update. Our keyword tool gives you a clear overview of the keywords that led to a growth in your app’s ranking positions over a given period of time. It considers the number of keywords your app is ranking on, the volume of the keywords, and your app’s rank on each keyword.

As a result, conversion rates on the Play Store are typically much higher than on the App Store. This is because Google only accounts for people who have actually visited the app page (and have therefore already shown interest in learning more about that app).

Several strategies and techniques can help improve your app’s conversion rate. To name a few, optimizing your app’s creatives and monitoring your app’s reviews and ratings are likely to do your app good. More specifically, keyword optimization or paid acquisition campaigns might drive a lot of traffic to your app page. But it is the conversion optimization efforts that will make sure that this traffic converts users to download your app.

Tip #3: Keep an eye on your app’s reviews and ratings

Your app’s reviews and ratings are an essential KPI to measure. They are a key public indicator of your app’s health and have a strong impact on app conversion rate as people are naturally influenced by what their peers think. Reviews and ratings are immediately visible on the App Store and Google Play when users search for your app. Therefore, keeping a high average score is essential to show users that your app is qualitative and it is loved by the community.

More reviews and a high average rating score is a positive signal for users, and encourages store visitors to download your app. On the other hand, few reviews and/or low ratings might discourage users from downloading your app and will lead to lower app conversion rates. Therefore, monitoring your app’s reviews and obtaining as many positive ratings as possible will enhance your chances of having an appealing app.

As one of the most important KPIs, organic installs represent the number of installs your app generates without any advertisement efforts from your side. In particular, this refers to users installing your app after searching or browsing the stores. This makes users acquired organically of a high value, as they tend to be more engaged with your app compared to users that install your app with the help of ads.

Although the term “downloads” and “installs” are often used interchangeably, it is important to make a clear distinction between them. Keep this in mind as you may see that the two numbers for your app do not perfectly match.

To most effectively measure the uplift of your ASO efforts, it is important to carry out any ASO updates at a different moment from any major app updates or advertising changes. Also, splitting up keyword updates from creative updates will help you best  measure the impact of your work.

Optimizing for visibility is important, but it’s not enough to stop once you reach your visibility goal. So let’s look into some of the main KPIs you can use to measure the success of your conversion optimization efforts.

Tip #5: Get featured on the app stores

Being featured on the app stores is highly beneficial to your app growth and guarantees quality and trustworthiness for store users. Getting featured by the App Store or Google Play is a great opportunity for your app to reach new users and become more visible. To increase your chances of being featured, you first want to work on your app itself to ensure you offer users a unique and qualitative experience.

To increase your chance of getting featured on iOS, work on your storytelling and enhance elements that make your app or game different from others. For Google Play, you should first work on your app’s performance and user satisfaction.

Some other metrics that ASO experts should keep an eye on to monitor their app’s health and performance include:

There’s no one KPI in ASO that can guarantee your app’s success. It’s important to consider all relevant KPIs together and look at the bigger picture to build a robust ASO strategy. Keep a tab on these essential metrics to monitor your ASO performance and measure your app’s success:

Discover how AppTweak can help your app or game boost its visibility and downloads.