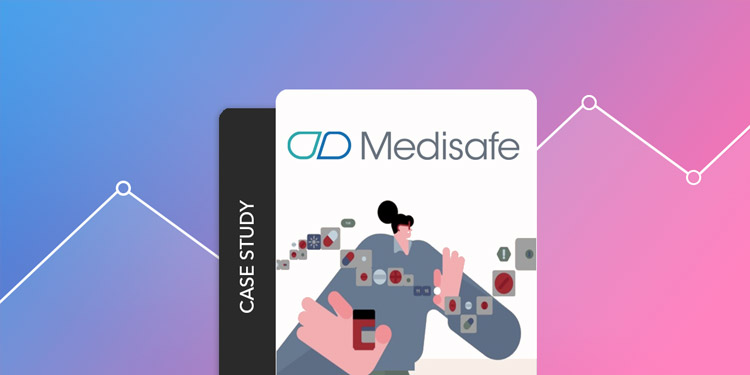 Medisafe, an app to help you manage your medications and prescriptions, is an excellent example of how you can use ASO to grow your app’s visibility worldwide. The team at Medisafe has put a lot of time and effort in localizing their app for their major markets, they continuously run a/b tests to optimize their app listing according to the latest best practices, and always update the app to keep up to date with Apple & Google’s latest features, including their latest feature ‘dark mode’. Therefore, we were very happy to see that Apple has featured this long-time AppTweak client in the Today Tab!

Most marketers and publishers dream to have their app featured by Apple, but with more than 2 million apps in the app store, the opportunity only comes to very few. We had a look at what it takes to be featured and the impact it has on app installs, category rankings, keyword rankings and ratings. Have a look at our main learnings:

On December 1st, the Medisafe app was featured in more than 28 countries in the today Tab.

On December 1st, the Medisafe app was featured in more than 28 countries in the Today Tab on the Apple App Store

Global app downloads soared on December 1st as a result of the featuring in the Today Tab.

The boost in downloads is however only very temporary. 10 days after the Featured Story appeared in the Today Tab, downloads are only slightly higher than before.

As a result of the increase in downloads, the app’s category ranking soared. The day after the featuring the app reached the #1 position in the Medical Category in 9 countries; Germany, Austria, Belgium, Switzerland, Colombia, Ecuador, Mexico, Venezuela and the Netherlands. Only category rankings in Macao did not seem to be impacted by the Story. Today the category ranking is still higher in most countries than before the featuring

3. Impact on keyword rankings is limited

Ranking history for the keyword ‘app’ in Germany and the Netherlands. As Medisafe reached the #1 position in the Medical Category, the app started to rank for very general keywords such as ‘app’.

Ranking history for ‘medicijn wekker (medicine alarm)’ in the Netherlands, ‘medical alert’ in the US and ‘pille-erinnerung (pill reminder)’ in Germany.

When analyzing Medisafe’s ratings and reviews we do see an influx in ratings as a result of the Featured Story. Sometimes a burst in impressions or downloads might lead to more negative reviews or ratings leaving a negative impact on the average star-rating. This is not the case for Medisafe. They have implemented a very thoughtful review strategy. Not only does the team respond to most if not all user reviews, the good and the bad. Also the development team closely monitors the user reviews and regularly releases updates based on the user feedback. This strategy clearly paid off now the app was featured in the app store. The influx of positive reviews is expected to have a lasting positive impact on the app conversion rate which in turn can impact keyword rankings and category rankings.

Trend in App Ratings for Medisafe in the US

Trend in App Ratings for Medisafe in the Germany

Trend in App Ratings for Medisafe in the Netherlands

How do you get your app featured in the app store?

“Sounds simple but our dev team delivers consistent, quality releases with updates that people want. Do that and the positive ratings will come, and people will notice,” said Brian Carr, Medisafe’s VP of Growth. “You also want to keep aligned with the latest iOS updates, so for example, we launched a “dark mode” version with iOS 13. Finally, keep in mind it is not enough to ask for App Store reviews, but to act on them - we respond in the App Store to most if not all reviews, good or bad and we’ve launched 33 new iOS updates so far the past year based largely on reviews. There’s nothing better than turning a 1-star review into a 5-star after a new release addresses someone’s feedback.”

Check out our webinars to learn more about how to get your app featured and measure the impact.

What is the impact of a Featured Story? In the short term, being featured in the app store has a tremendous impact on app downloads and category rankings. In the case of Medisafe, app downloads increased more than 850% globally and the app managed to occupy the top charts in the medical category for a few days. The impact on keyword rankings is not as outspoken, but the Medisafe app did gain top 3 rankings on a few very relevant keywords on the day of the featuring. The Featured Story also impacted user reviews as they more than tripled in most markets a few days after the featuring. The privilege of being featured in the app store only comes to very few. Having a high quality app that is constantly updated with user feedback and Apple’s latest features is key!